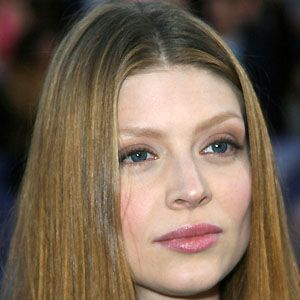 The acting is something that will always be a part of my life, but the writing gives me a lot more creative freedom. You're a pawn in somebody else's chess game, whereas as a writer and as a director, you get to call the shots. And that's very thrilling.

I think any good literature, whether it's for children or for adults, will appeal to everybody. As far as children's literature goes, adults should be able to read it and enjoy it as much as a child would.

Actually, I love mythology. When I was a kid I was obsessed with myth and I wanted to be a mythologist when I grew up. Then I realized I really just like stories.

What is the relationship status of Amber Benson?

She usually doesn’t talk about her private life in the media or in public. There is no record of her marriage and divorce till now.

It is not sure whether she is married or single at the present time.

She has not clarified her married life, affair, boyfriend, and spouse till the present time.

There is no record of her past and present relationships as well.

She is currently focusing on her work and it seems like she doesn’t have time for love affairs.

Due to lack of transparency in her private life, her current relationship status is unknown.

Who is Amber Benson?

Amber Benson is an American actress, writer, director, and producer.

Amber Benson is best known for her role as Tara Maclay on the TV series Buffy the Vampire Slayer (1999-2002).

She is also known for directing, producing, and starring on her own movies Chance (2002) and Lovers, Liars & Lunatics (2006).

Amber Benson was born on 8 January 1977, in Birmingham, Alabama, USA. She is an American by nationality and she is of Jewish-American ethnicity.

Her birth name is Amber Nicole Benson. She is the daughter of Diane Benson and Edward Benson.

Her father is from a Jewish family and her mother is of part Irish ancestry.

She has a younger sister named Danielle Benson.

As a child, Benson studied music and dance and performed in the Birmingham Children’s Ballet. She also performed in a local theater.

She attended high school in Orlando, Florida after her family moved there. Shortly, she located in Los Angeles to pursue her career in acting.

Amber made her feature film debut in the Steven Soderbergh film King of the Hill when she was 14 years old.

That same year, she made her television debut playing Nicole Reed in Jack Reed: Badge of Honor.

Her first notable was Tara Maclay in Buffy the Vampire Slayer (1999–2002). Since then, she has appeared in numerous movies and TV films.

In 2002, she directed, produced and starred in the movie Chance.

She also directed and produced the 2006 movie Lovers, Liars & Lunatics in which she played the role of Justine.

She has appeared in TV films such as Holiday Wishes, Long Island Confidential, Morganville: The Series, and Red vs. Blue.

Amber Benson: Salary and Net Worth

She has been a very successful person in her career and she has earned a net worth of 3 million dollars as of 2022.

There is no rumor of her present love affairs.

She has been a straight person in her life and she has not been in any controversy in her entire life.

Her hair color is light brown and eye color is blue.