Updated On November 15, 2022 | Published By: Eric Jones
Share this
Divorce 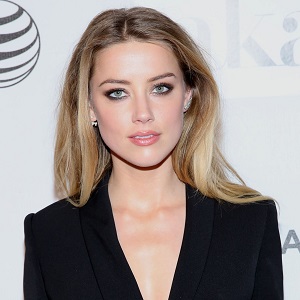 My very best friend died in a car accident when I was 16 years old. That was the hardest blow emotionally that I have ever had to endure. Suddenly, you realize tomorrow might not come. Now I live by the motto, 'Today is what I have

It requires bravery to do something no one else around you is doing.

Amber Heard first dated Mexican Actor Valentino Lanus and had a very romantic relationship for the year 2005  to 2006.

Amber Heard is now dating Bianca Butti. They are seeing each other from Jan 2020.

She has dated Tasya van Ree, an American Photographer, both being of the same gender.

For this lesbian relationship, she said “I don’t label myself one way or another—I have had successful relationships with men and women.

In 2013, Johnny Depp and Amber Heard are spotted holding hands while leaving the Rolling Stones concert.

On February 3, 2015, Amber married actor Johnny Depp in a private civil ceremony at their home in Los Angeles.

She filed for divorce on May 23, 2016. After that Amber filed a case for and obtained a temporary restraining order against Depp, alleging that he had abused her on May 21.

Depp sued Heard for defamation in early 2019 after she published an op-ed in The Washington Post about sexual and domestic abuse.

Heard launched a countersuit against Depp in 2020. In April 2022, the Depp v. Heard trial commenced in Virginia.

Who is Amber Heard?

Amber Heard is an American actress from Texas who gained recognition when she appeared in supporting roles in the Judd Apatow – produced stoner comedy “Pineapple Express”, and the martial arts drama “Never Back Down”, both of which were box office successes in 2008.

She had a prominent role as a photographer who flirts with Channing Tatum’s protagonist in the comedy-drama “Magic Mike XXL”, a sequel to “Magic Mike” which was released in 2012.

Her nationality is American and her ethnicity is mixed(German, Irish, Scottish, English, Welsh).

The daughter of David Clinton Heard, a contractor, and Paige Parsons(mother), an Internet researcher, and her mother’s name is David Heard.

She declared herself an atheist after being introduced to the works of Ayn Rand by her then-boyfriend. Amber also has a sister, Whitney Heard.

At the age of 17 Amber relocated herself to Los Angeles to start a career in modeling.

Amber studied diploma through a home-study course. She attended St. Michael’s Catholic Academy in Austin until her junior year when she left to pursue a career in Hollywood.

As a teenager, Amber was active in her school’s drama department and appeared in local commercials and campaigns.

In 2010, Amber Heard starred in the romantic drama “The River Why” and continued her work in the horror genre in “The Ward.

In 2011”, Amber Heard appeared as the female lead opposite Johnny Depp in “The Rum Diary”, which was not a commercial success. Amber’s other film release in 2011 was “Drive Angry”, a supernatural action thriller.

Moreover, In the same year, Amber started the project of NBC‘s The Playboy Club, where she played ‘Bunny Maureen’.

The show was really promoted and aired its first episode on 19 September 2011.

The NBC Network stopped the show just after three episodes because the Parents Television Council made all the possibility to stop the show, because of his sexual content.

Heard also had a small supporting role as a ballet dancer in Tom Hooper’s historical drama “The Danish Girl” (2015), which premiered at the 72nd Venice Film Festival to overall positive reviews. She took singing lessons and learned to play the piano and guitar for the musical drama movie ‘One More Time‘.

She has a net worth of $8 million as of 2022. Her main source of income is her profession as an actress.

Besides this, she has not shared any info about her weekly earnings and monthly salary.

There are rumors of an affair between Amber Heard and Billy Bob Thornton an American actor, filmmaker singer, songwriter, and musician.

The rumor made the rounds on Monday when a photo surfaced that seemed to show Johnny Depp had sliced off part of his finger in a drunken argument with his then-wife.

Amber has a height of 5 feet 8 inches. Her body weighs 62kg. She has blonde hair and blue eyes.

Besides these, her body measurements are 34-27-34 inches.