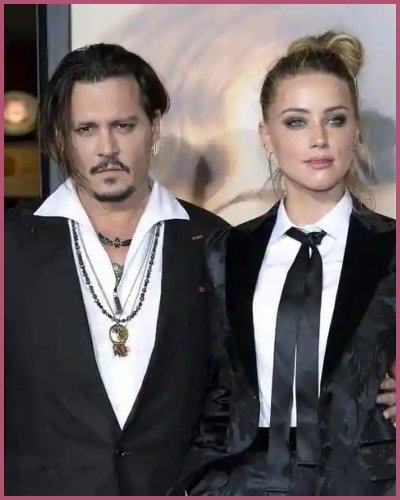 Johnny Depp, 58, and Amber Heard, 36, have shared tumultuous marriage tidbits here and there over the last few years.

The actor has been suing his ex-wife Amber since 2019 and the trial begins on April 11 of this year. Since last month, every single day of the trial has been made public as they are allowing cameras in the courtroom.

You may have heard numerous allegations between them some are:

Also read “Amber Heard loses her part in the famous Aquaman 2? Find Out!”

Well, we’re not gonna get into these but the issues are relevant to the case of Johnny Deep and Amber Heard.

Okay, we’re here to the topic where Amber vowed to donate the payout of her divorce settlement to two different charities; the children’s Hospital of Los Angeles and the ACLU.

Amber Heard failed to Donate the $3.5M she pledged to ACLU

Following her divorce from Depp, Amber sued for spousal support in 2016. She eventually backed out of her plea but the couple divorced in August of that year.

Amber received $7 million following their divorce, which she claimed she divided between two organizations; The Children’s Hospital of Los Angeles and the American Civil Liberties Union (ACLU).

Nevertheless, the ACLU disclosed in April 2022, during her defamation lawsuit with Depp, that Heard only contributed a part of that money. According to them, only $1.3 million of the $3.5 million promised was received. Also, the most recent installment was paid in December 2018.

“I’m not aware of any indication that Ms. Heard has decided to no longer pay additional amounts,”

When the ACLU contacted Heard regarding future installments in 2019, Dougherty stated,

“We learned that she was having financial difficulties,”

In addition to the ACLU, Heard announced she will contribute the other half of her $7 million divorce settlement to Children’s Hospital Los Angeles. However, it was unclear how much she had so far paid to the hospital.

Amber has amassed an astounding amount of riches from her career as an actress, aside from being Johnny Depp’s ex-wife.

She is known for her work in films such as Never Back Down, The Stepfather, The Ward, Drive Angry, Syrup, and 3 Days to Kill.

Regardless her biggest role so far is Mera in Aquaman opposite Jason Momoa. It grossed $1 billion globally, with the actress allegedly earning $5 million. In 2016, the actress filed for spousal support following her divorce from Depp in which she earned $7 million.

Also read “Popular American actor Johnny Depp in financial crisis! Know about his ‘eye-catching roles’ in spite of his ‘blind left eye’ due to probable ‘keratoconus’!”

Amber Heard is an American actress from Texas who gained recognition when she appeared in supporting roles in the Judd Apatow – produced stoner comedy “Pineapple Express”, and the martial arts drama “Never Back Down”, both of which were box office successes in 2008.

She had a prominent role as a photographer who flirts with Channing Tatum’s protagonist in the comedy-drama “Magic Mike XXL”, a sequel to “Magic Mike” which was released in 2012. See more…