Who is the daughter of Simon Le Bon dating?

Currently, Amber Le Bon is single as per the sources. She has not revealed any info regarding her past as well present relationships.

Her father, Simon Le Bon is happily married relationship with her mother, Yasmin Le Bon on 27 December 1985. They have three daughters together and seemed to be happily living together There is further no info of their separation. 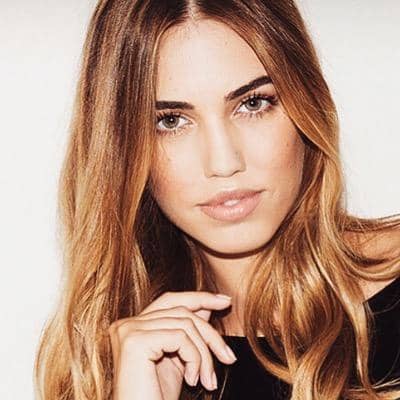 Who is Amber Le Bon?

Amber Le Bon is a famous English fashion model. She is well known for becoming the new face of the American clothing brand, Forever 21.

She is also known to be the eldest daughter of Yasmin Le Bon, a fashion model, and Simon Le Bon, a vocalist.

Amber Le Bon was born in Westminster, London, England on 25 August 1989. Le Bon is 32 years old as of 2022 and holds British nationality. She is mixed (English, Irish, French and Iranian). According to the horoscope, Virgo is her birth zodiac sign.

Yasmin Le Bon, a fashion model, is her mother while Simon Le Bon, a vocalist is her father. She is the eldest one among her two sisters, Tallulah Le Bon and Saffron Le Bon.

She attended Newton preparatory school based in London and later studied A levels in Music, the History of Art, and Photography at Heathfield School located in Ascot.

Aber Le Bon was voted the ‘Worlds’ Hottest Celebrity Daughter’ in July 2009 by visitors to Zootday.com. She modeled for famous brands like River Island and Moschino. She appeared as the face of the Myla swimwear and campaigned for a shampoo brand, ‘Pantene.’

Besides her father, Simon Le Bon had a successful career.

Simon Le Bon firstly auditioned to join the rock group, Duran Duran in 1980 started by John Taylor and Nick Rhodes. The band released its self-titled first album, Duran Durana in 1981 which was able to be part of the New Romantic movement so quickly.

Moreover, the band together released three albums entitled, Seven and the Ragged Tiger in 1983, Rio in 1982, and the live album arena in 1984. Later, Rhodes and Le Bon only remained with Duran Duran from the start of their recording career when bass guitarist John Taylor left the group in 1997.

However, Le Bon introduced the new band entitled ‘Arcadia’ with fellow Duran Duran members Roger Taylor and Nick Rhodes. In 1985, the band released the top US hit along with their first solo, ‘Election Day.’ The band then recorded another album, ‘So Red The Rose.

According to Celebrity Net Worth, the net worth of Amber Le Bon is estimated to be about 5 million USD as of 2022. However, Le Bon’s salary and income are not revealed yet.

Amber Le Bon has not faced any rumors or controversies up to date.

Amber Le Bon stands at the height of 5 feet 10 inches and weighs around 61 kg. Her body dimensions are 31 inches bust, 24 inches waist, and 35 inches hips size.

However, she has dark brown hair and a couple of light-brown eyes.

There is an official Facebook page under the name, Amber Le Bon which is enriched with a number of followers.