Updated On December 30, 2022 | Published By: Thomas Gregory
Share this
In Relation 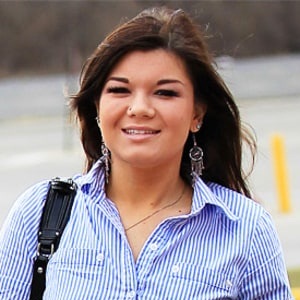 "“Since I was a kid, I’ve never found joy in living. I’ve always struggled just to feel okay. Everything was a fight against darkness.”

"“Everyone makes mistakes. Some of us make really, really big ones. But the biggest mistake of all is thinking nothing will ever get better. It is never too late to make things better.”

What is the relationship of Amber Portwood?

Beautiful and charming Amber is an unmarried person. She is in a relationship with Andrew Glennon. With Andrew, she was expecting a baby and on 8th May 2018, she gave birth to their baby named James Andrew Glennon.

She was in a relationship with Gary Shirley since she was 16 years old. Amber was only 18 years old when she gave birth to her first baby named Leah Leann Shirley on November 12, 2008. Leah’s father is Gary Shirley.

Later on, Amber was having many problems with her boyfriend Gary. Even she was arrested for domestic violence against Gary.

In the year 2015, Amber got engaged to Matt Baier. They were due to marry in 2017. However, due to relationship problems, the wedding was called off.

The two are now staying separately; he is in Las Vegas and she is in Indiana. It is believed that this is the final split, but people close to her say that there are still chances of reconciliation.

Who is Amber Portwood?

Amber Portwood is an American actress and T.V personality. She is mainly known for the MTV series “16 and Pregnant,” and “Teen Mom.”

She is a hardworking person and has made a recognizable position in the American entertainment field.

Amber was born to American parents on May 14, 1990, in Anderson, Indiana, U.S.A. Her nationality is American and belongs to the North American ethnicity.

Her father Shawn Portwood Sr. died at the age of 50 in December 2014 due to alcohol-induced liver damage. Her mother is Tonya Portwood who was working with the Indiana Automotive Fasteners, Inc.

She was in the hit TV series, 16 and Pregnant, she revealed that she was raised up by her parents in a friendly and in entertaining environment along with her siblings.

Her brother Shawn Jr. also used to be on the show with her and is very supportive of his sister. Her sister Candace died when she was 6 years old.

Also, she told that she was highly attracted to the T.V and film industry from a very early age and was dedicated to it Concerning her educational background, she attended high school in Indiana but she dropped out of school.

She was highly popularized from her first T.V show and gained both positive and negative responses to her role from fans and viewers. In the same year (2009), she appeared in another T.V show titled “Teen Mom”.

Since then, she hasn’t made her appearance in any film and T.V show. Amber was a drug addict. She was caught and offered a rehabilitation program, but after she refused that, she was sent to jail for five years. She hasn’t won any awards so far in her career yet.

What is Amber Portwood’s net worth?

Her net worth is estimated to be approximately $1.1 million as of 2022.

Amber often used to be a topic of rumor due to her useless work and activities. She became a topic of desperate rumors after attempting suicide for the second time.

Also, taking her relationship with Gary, Amber often used to be a part of gossip on social sites.

How tall is Amber Portwood?

Beautiful Amber has an average height of 5 feet and 4 inches and weighs 62 kg.

She has a body size of 35-25-35  (inches approximately). She has dark brown hair color and blue eyes color.

Also know more about the early life, career, net worth, relationships, and controversies of other Actresses and T.V personalities including Amanda Pilke, Cris Villanueva, Caitlyn Jenner, and Daniela Aedo.