Amber Seyer is an American model and actress. She is married and a mother of three.

Amber Seyer is a married woman. She is married to Barry Zito. Her husband is an American former professional baseball player and musician. He played as a pitcher for 15 seasons in Major League Baseball (MLB) for the San Francisco Giants and Oakland Athletics.

The couple dated for some time before getting engaged in April 2011. Around 8 months after their engagement, the couple decided to exchange wedding vows on December 3, 2011. The couple has now been married for more than 8 years. 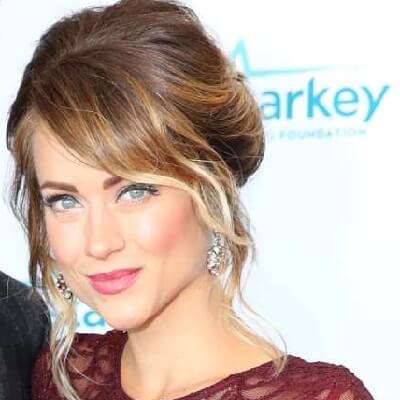 Who is Amber Seyer?

Amber Seyer is an American model and actress. She is known for her works in ‘The Change-Up’, ‘Starting from Scratch’, and ‘The Bold and the Beautiful. She is also known as the wife of former baseball pitcher and musician, Barry Zito.

Amber Seyer was born on April 14, 1986, in Oran, Missouri, United States. As of 2020, her age is 34.  She was born under the sign Taurus. She was born to parents Tom Seyer (father) and Sherry Seyer (mother). Also, she has two siblings, Chase Seyer, and Nathan Seyer. Her family is involved in the pig farming business and also owns a ranch-style home in Oran.

Amber spent her childhood days in Missouri. Her ethnicity is Caucasian.

Talking about her education, she went to Lindenwood University and graduated from there.

Following that, the doors of opportunities started to open for Amber in both modeling and acting. She became the face of several print advertising campaigns for well-known brands such as J Brand, Joe’s Jeans, and Ed Hardy. Furthermore, she also starred in PowerAde’s Super Bowl commercial. In addition, she has also made an appearance in an online advertisement for “Earn a Degree” and an infomercial for Bare Escentuals.

The model fielded acting offers and turned down modeling jobs in Europe. She appeared in several movies such as It’s Not You, It’s Me, The Change-Up, Starting from Scratch, and The Bold and the Beautiful.

Her husband, Barry Zito is an American former professional baseball player and musician. He played as a pitcher for 15 seasons in Major League Baseball (MLB) for the San Francisco Giants and Oakland Athletics.

How much is Amber Seyer worth?

The model has not been involved in any controversies. She has been able to keep herself away from any type of controversy and scandal. So far, she has not done anything controversial in her acting career. Similarly, there are no rumors about her of any kind.

Seyer has preferred to stay away from social media. Her husband is active on social media and regularly uploads pictures with her and their kids.

You may also like to read the Bio, Career, Body Measurements, Net Worth, Social Media, Relationships, and more about Heidi Montag, Shawna Craig, Alana Stewart, etc.

Tanner Novlan
Tags : American model and actress Starting from Scratch The Bold and the Beautiful