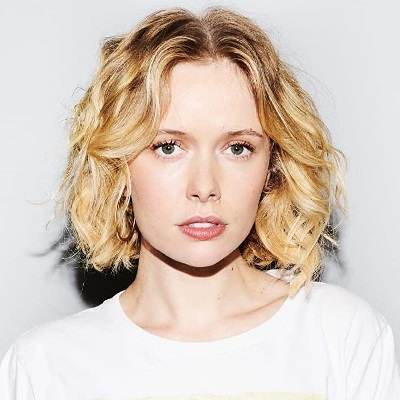 Amelia Eve’s current relationship status is single. To the date, she has not introduced anybody as her boyfriend or lover.

Who is Amelia Eve?

American Amelia Eve is an actress and production manager. She is renowned as Charlotte of Enterprise and Jamie of The Haunting of Bly Manor.

Next, she will be appearing in the movie, Shadowland as Elaine. Currently, the movie is completed and waiting for its date to be released.

Amelia Eve was born on 12th December 1994 in London, England, United Kingdom. She is of British-Dutch ethnicity.

To the date, she has not shared any details on her family background including father, mother, and siblings.

Moving towards his academics, she graduated from the Royal Holloway University with Honors in English literature. Besides that, she also attended The National Youth Theatre of Great Britain to study acting.

Amelia Eve started her career as an actress in early 2010. Later, in 2011, she made acting debut with the short movie, Fifth Time Lucky. In the short, she portrayed the character of Brooke. The following year, she got associated with the movie, Ill Manors in some uncredited roles.

Recently, she appeared in the TV mini-series, The Haunting of Bly Manor as Jamie. In the Netflix series, she played the character of Jamie. The series became a milestone in her acting career.

The same year, she made her movie debut with the film, Big Boys Don’t Cry as Cass. As of now, she is busy with her upcoming projects.

She has blue eyes with brunette hair. However, she prefers to color her hair to blonde.

To the date, she has not been through any sort of controversy and scandals that created a buzz in the media. Besides that, she has managed to maintain distance from any type of rumors.