Amelia Jackson-Gray is a British actress and writer. 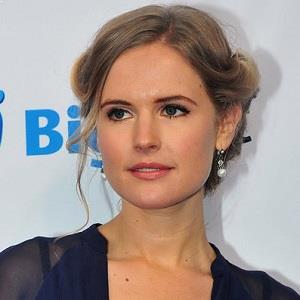 What is the relationship of Amelia Jackson-Gray?

Amelia Jackson-Gray was previously married to actor Skeet Ulrich. The pair was married at one of her very favorite venues – the Figueroa Mountain Farmhouse.

Amelia Jackson-Gray is a British actress and writer. She has appeared in movies and television series like ‘Geek USA’, and ‘Matchmakers’ among others. Previously, she married Skeet Ulrich on 6 May 2012.

Gray was born in England, United Kingdom. Most of the information relating to her early life and childhood is not available at present. She is of British nationality. Furthermore, she has not revealed her ethnicity as of now.

Talking about her education, there is no detailed information regarding Gray’s educational background at present.

Gray initially appeared on ‘Snakes on a Train’ video as Crystal in 2006. Later, she portrayed Jeanine in another video ‘Halloween Night’. Since then, she has appeared in numerous movies, television series and short videos. Additionally, she has more than 25 credits as an actress.

Some other movies, television series and short videos that she has appeared in are ‘Hot Box’, ‘Adulthood’, ‘The Girl on the Roof’, ‘Stefano Formaggio’, ‘Point Mugu’, ‘The Campaign’, ‘Heart Land’, ‘iCarly’, ‘Amateurs’, ‘Deep Gold 3D’, ‘Outsourced’, ‘Law & Order: LA’, ‘The Mentalist’, ‘Entourage’, ‘Shadow of Death’, ‘Little Britain USA’, ‘The 13th Alley’, ‘Zombie Hunters’ and more. Furthermore, as a writer, she has 3 credits for ‘The Girl on the Roof’, ‘Point Mugu’ and ‘The Test’. Additionally, she is also a producer.

Gray has not revealed her current salary. Furthermore, her present net worth is $1.2 million as of 2022.

Gray has successfully kept her life away from the mainstream media spotlight. Till date, she has not been part of any notable controversies. Additionally, currently, there are no rumors concerning Gray’s life and career.

There are no details regarding Gray’s height and weight at present. Her hair color is blonde and eye color is blue.