Amelia Thripura Henderson is a Malaysian actress, model. Amelia is married to the nephew of the Malaysian King of Kedah, Tunku Harunnarasheed Putra. 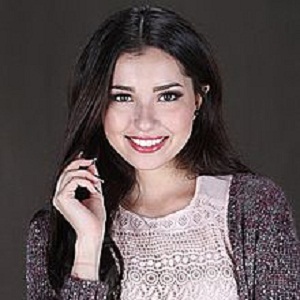 Her husband Tunku is a project advisor in a property development company. Also, he is the nephew of the current King of Kedah royal family.

They haven’t welcomed any children yet; however, seems like they will be parents soon. Currently, she is living happily with her husband in Malaysia.

Who is Amelia Thripura Henderson’s?

Amelia Thripura Henderson is a Malaysian actress, voice artist, model, and TV personality. She is extremely prominent for her role in “Ribbit” (2014), “Barbie and the Three Musketeers” (2009), and “Barbie in ‘A Christmas Carol’” (2008). She is a hard-working personality and has made a recognizable position in the Malaysian acting field.

Amelia was born to Asian parents on October 20, 1995, in Ampang, Malaysia. Her nationality is Malaysian and belongs to Asian-Scottish ethnicity. Her mother is a dentist Jaya Rudralingam, and her father Graham L.Henderson, an architect.

Amelia made her professional acting debut in the year 2006 and appeared in a T.V show titled “Keluarga Adam”. In 2008, she made her film debut and appeared in a film titled “Barbie in A Christmas Carol” as ‘kelly’. In 2009, she appeared in three films titled “Talentime” as ‘Melati’, “Barbie and the Three Musketeers” as ‘Miette’ and “Sing Along with Barbie” as ‘Miette’.

Also, she worked as the main cast in two T.V show titled “Keluarga Pontimau” and “Oh My English!: After School”. In 2016, she appeared in a show titled “B Healthy” as a host. She hasn’t won any awards so far in her career yet; however, she is working hard to make stand herself on the front line.

This talented actress from her multiple careers has made a net worth of around $3 million.

Currently, there are no desperate rumors regarding Amelia’s personal and professional life. It seems she is doing the best job without harming others for which she hasn’t been a part of the controversy yet. Also, she is so young to be a part of rumors and controversy.

Moving towards Amelia Thripura Henderson’s body measurements, she has black hair color and her eye color is also black.