Amelia Warner is an English actress with a beautiful personality. She is married and a mother of two.

Amelia is a very romantic lady, she is married now and has two children. After 5 years of successful relationship and bond of understanding, Amelia Warner married Jamie Dornan in November 2007.  Dornan is a famous actor of Fifty Shades. Apart from it, he is a well-known musician and a model. The couple has two daughters Dulcie and Elva. Amelia is very happily married and there is no sign of separation between them. Prior to her marriage, Amelia was engaged to Colin Farrell but they broke up before marriage and later she had been in a relationship with Adam Garcia for less than a year. 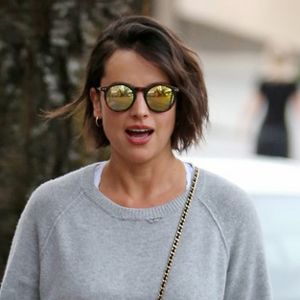 I'm ambitious, but not competitive. You'd drive yourself crazy if you were. You know, there are actually enough jobs out there for all of us.

Who is Amelia Warner?

Amelia Warner is an English actress with a beautiful personality. She is also a well-known singer and songwriter and performs for Slow Moving Millie. Her song Please, Please, Please Let me Get What I Want was used in a TV Ad and was very popular.

Amelia Warner was born as Amelia Catherine Bennett on June 4, 1982, in Liverpool, England, U.K. Her father was Alun Lewis and mother was Annette Ekblom. Unfortunately, when she was very small, she was separated from her father after her parent’s divorce and she went to live with her mother. Amelia holds British citizenship and is of Welsh, Swedish (mixed) ethnicity.

Amelia was educated in a girls school, Royal Masonic School for Girls. After completing her primary education. She went to the College of Fine Arts. Later, she joined College in Belsize Park to peruse her further education. Amelia was interested in acting from her school and performed a show in the school’s function.

Amelia composed music for the film Mary Shelley in 2017. Amelia was seen acting in Convent Garden by an agent who took her to London Royal Court Theatre’s Youth Program. After her performance and the praise by the audience and other co-actors, she was motivated in this field. Kavanagh QC was the first on-screen performance by her after which her acting came to limelight and she got a chance to work in an episode of “Casualty” and in two episodes of Aristocats.

The same year, 1999, she got a chance to appear in the movie Mansfield Park which was her big-screen debut. Later he got a chance to work in another movie Quills and in television movie Lorna Doone. She was also cast in the television series Walking the Dead and in three episodes of Taking a Gir Like You.

Amelia got another big movie Happy Ending, Stoned and Aeon Flux in 2005. Later she worked in movies like Alpha Male, Gone, The Seeker: The Dark is Rising and The Echo. In 2008 she took two years of pause and came back in 2010 with the short film Olga. Later she was seen in another short film “The Other Side”.

Amelia also composed music for the short film Mam. In 2016 she made a comeback as a composer for Mum’s List and in 2017 she composed Mary Shelley. Amelia also released her first audio album in 2011 named “Renditions”.

Apart from successfully leading the life of musician and actress, she failed to make an award in her name. Although her role was very much appreciated in each of his characters that did not make the route to any award or nominations.

Amelia Warner: Salary, and Net Worth

Amelia has a wonderful career and a successful career yet as a composer and actress. She makes a regular income from it. Her yearly income is $352,941 which raised her net worth to $3 million as of 2022.

There was once a rumor that Amelia and her husband are not having good times due to Dornan’s seamier scenes in the movie. To which Dornan said its only a rumor and justified it by saying that he has always had the full support of Amelia, although she has chosen not to watch Fifty Shades films.

Amelia Warner is rumored to have hooked up with Joaquin Phoenix in 2000 although there is no reliable source to tell some tabloids to have the information about the dating history of the beautiful actress.

Amelia is a very beautiful actress and has well maintained Hourglass shape body with a body measurement of 35-24-34. She has dark brown hair and attractive brown eyes. Warner wears the dress of size 8 US and shoes of 6 US.