American actor Ben Affleck spotted with his three children and mother at the flea market in Cape Cod!

Posted by MarriedBiography Posted on August 5, 2019 | In Child , Lifestyle , Relationship
Share this 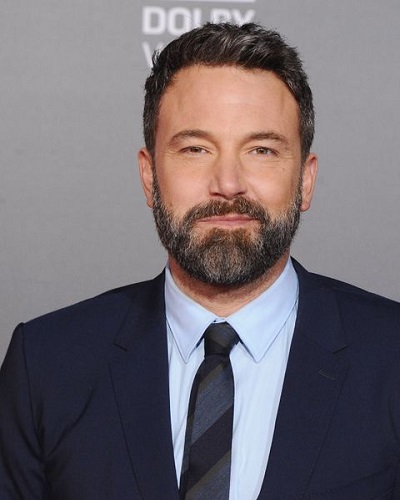 Ben Affleck was spotted attending a flea market in Cape Cod with his three children and mother. But there was no Jennifer Garner around in the sight. She was away in New York at around the same time. The ex-couple are spotted less and less together with their children. But they continue to co-parent their children well jointly.

Ben Affleck at the flea market in Cape Cod

Ben Affleck was spotted at the flea market in Cape Cod. He was with his three children namely Violet, 13, Seraphim, 10, and Samuel, 7. His ex-wife and mother of the kids, Jennifer Garner was not with him. But his mother Christine Boldt was with him and her grandchildren. Christine is very close to her three grandchildren and enjoys an outing with them. The actor was pictured driving his car with his family into the Wellfleet Drive-In Flea Market.

Force his family outing, Ben wore a grey t-shirt, shorts, and flip flops. A source revealed that Ben obliged his fans with selfies and also purchased some goods and items from the vendors at the flea market.

So where was Jennifer Garner?

At about the same time that Ben was spending quality time with his three children, Jennifer Garner was in New York. There, Jennifer also posed for selfies for her fans. She had donned a white shirt, navy-blue skirt, and black shoes.

The couple separated in 2015. Since that time, they have been co-parenting their kids. In the initial days, post-separation, the couple was seen often together with their kids for outings. They used to attend the church also together. But of late, they are seen less together. The last they were seen with their children was in the Church in June this year.

Even during the Independence Day Parade, Ben was there with Seraphina and Samuel. But mother Jennifer was in London with Violet for watching a stage play.

After his romantic involvements with Gwyneth Paltrow and Jennifer Lopez failed, Ben began dating actress, Jennifer Garner in the middle of the year 2004. They wed on 29 June 2005 in a private ceremony on the Turks and Caicos Islands.

“After much thought and careful consideration, we have made the difficult decision to divorce. We go forward with love and friendship for one another and a commitment to co-parenting our children whose privacy we ask to be respected during this difficult time,”

This was the statement that they released jointly at that time. Their divorce was finalized only last year.

Ben Affleck is an American actor and filmmaker. He began playing Batman in the DC Extended Universe. Additionally, he has appeared in several other movies including ‘Gone Girl’, ‘Live by Night’, ‘The Accountant’, and ‘Pearl Harbor’ among others. More Bio…