Posted by MarriedBiography Posted on September 26, 2019 | In Career , Death , Lifestyle
Share this

Sid Haig was famously known for his talent in acting and music as well. He had played many famous roles such as Jack Hill’s blaxploitation films. Moreover, he had also played the leading role on the television series ‘Jason of Star Command, as the villain Dragos.

His wife had announced the grief of the actor’s death on 21st of September,2019. Let us have some more information about the brilliant celebrity.

On the latest Saturday, 21st of September,2019, Sid Haig’s wife claimed the mournful death of Sid Haig. He had reached the age of 80 when he expired. According to his wife:

On Saturday, September 21, 2019, my light, my heart, my true love, my King, the other half of my soul, Sidney, passed from this realm on to the next. He has returned to the Universe, a shining star in her heavens. He was my angel, my husband, my best friend and always will be. He adored his family, his friends and his fans. This came as a shock to all of us. We, as a family, are asking that our privacy and time to mourn be respected. Sidney Eddie Mosesian 7/14/39 – 9/21/19 Husband, Father, Grandfather, Friend. Goodnight, my love. We will find each other again, next time. I love you.

Additionally, she described his beloved husband. She said that Sid Haig was not only her husband but also he was her angel, her best friend and he will always be forever for her. Sid Haig was so fun-loving person. He always and forever adored his family, friends, and fans as well. The death news of the celebrity came as a hitting shock for everyone.

Sidney Eddie Mosesia was grown up in an Armenian community. His father name is Haig Mosesian. His father was an electrician professionally. It is said that Sid’s career was started because of certain accident.

He grew up taking dancing lessons. When he was seven, he could already earn some income through dancing in the occasion of children’s Christmas show and so on. Later on, he joined a vaudeville revival show.

The celebrity was also involved in music. He used to play drums in musical talent shows. This led his parents to buy him a drum set. Similarly, he then mastered a wide range of various music styles. The various music styles included swing, country, jazz, blues, and rock and roll.

Simultaneously, he started earning income through his musical talents. He signed a recording contract of one year out of high school. Despite being only a teenager, he recorded the single ‘Full house’  in the year 1958.

A journey of Sid Haig’s career

Sid Haig’s initiated his acting career in Jack Hill’s student film at The University of California, Los Angeles titled The Host. It was launched Haig’s more than four-decade acting career in almost more than fifty films and 350 television episodes. He was also able to become a staple in Hill’s movies. Some of the Hill’s movies are Spider Baby, Coffy and Foxy Brown.

The skillful actor also appeared in George Lucas’ THX 1138(1971) and also the James Bond movie ‘Diamonds Forever(1971).  He also gave his appearances in programs such as Batman, Gumcmoke, GetSmart, Mary Hartman and so on with his television credits.

Talking about Haig’s retirement, he was retired in the year 1992. He said that he didn’t want to play stupid heavy movies anymore. He was tired of taking the same and similar parts of the movies.

He felt like he was just putting different clothes on him. For him, only the clothes were changing, neither the role changed nor the type of movies changed that he played.

The celebrity who was also a musician did not work in acting for five years. During those five year time, he joined the training and became certified.

Also, read about Ever since entering in this acting field, he has just grown! An American actor and voice actor- Caleb McLaughlin popular as Lucas Sinclair from ‘Stranger Things’

A Short Bio on Sid Haig

The full name of Sid Haig is Sidney Eddie Mosesian. He was born on the 14th of July,1939. And he expired on the 21st of September,2019. His birthplace is Fresno, California. 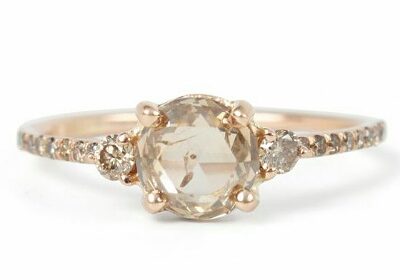 How diamonds became an integral part of engagement rings?