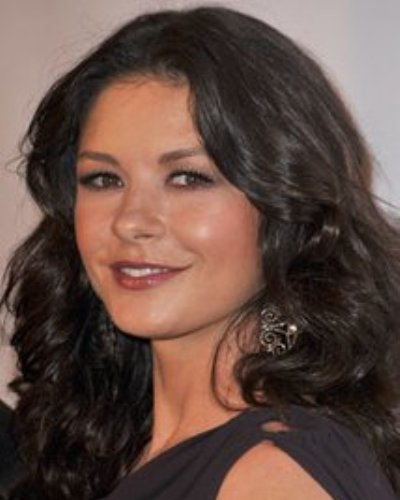 She looked stunning in her brilliant white-laced dress as she sold her goods and also met fans. Catherine was in an elated mood. She had been waiting for a long to launch this line.

Michael Douglas is head-over-heels in love with this Welsh beauty and would give her whatever she demands, he said.

The clothing line is impressive, luxurious, and yet affordable. Blankets were sold at $ 139 a piece whereas the faux fur throws cost a mere $ 34. A six-piece towel set cost $ 36 and a rug was $ 399. There was also a velvet coverlet been sold which had shams and it cost $ 99.

Catherine talked like a pro describing how her line has goodness with softness in her sweet Welsh tone.

Catherine Zeta-Jones and Michael Douglas share the same birthday and while this was first liked by her, later on, Catherine does not want to share her birthday with him.

The couple has two children; 20-years-old Dylan and 17-year-old Carys. Her daughter has decided to also become an actress and is taking tips from her parents on it.

Catherine has been dealing with a mental illness called bipolar disorder type II. She did, however, admit that at the moment she is in a very better position than before. The diagnosis was made in 2011. She has been quite open about her mental ailment.

She used to have wide emotional and mood swings. But having a name for it helped her to realize her problems and cope with them.

“The fact that there was a name for my emotions and that a professional could talk me through my symptoms was very liberating. There are amazing highs and very low lows. My goal is to be consistently in the middle. I’m in a very good place right now.”

She had to battle her emotional problems as she supported her husband when he was diagnosed with throat cancer.

She wanted people to be aware of this disorder and hence decided to go public with her illness. Besides, she said that with the kind of life that her celebrity family lives, it was difficult to hide the illnesses.

“I’m not the kind of person who likes to shout out my personal issues from the rooftops but with my bipolar becoming public, I hope fellow sufferers will know it is completely controllable.”

“I hope I can help remove any stigma attached to it, and that those who don’t have it under control will seek help with all that is available to treat it.”

She had also taken inpatient treatment for this illness.

You may also like to read Carys Zeta-Douglas talks about growing up with famous parents and her relations with them!

This is a mental illness in which there are mood highs and lows but unlike type I the highs do not reach the maniac level. Hence they are called hypomania. They suffer more from depression. In between these mood swings, life goes on normally.

6 million people in the US suffer from this disorder. Young females are particularly affected.

Clinically the symptoms can be seen and diagnosed. Maintenance and counseling help. When severe, hospitalization may be required. The patient should be through good coping skills.

Catherine Zeta-Jones is a Welsh actress. Zeta-Jones aspired to be an actress from a young age. As a child, she played roles in the musicals Annie and Bugsy Malone in the West End productions. She supports various charities and is an outstanding celebrity endorser of brands. Her struggle has been well documented by the media with depression and bipolar II disorder. More bio…

American actress Tara Reid! Her next Halloween release, her career ups and downs, and her health scare! Was it pancreatitis or an injury?
Tags : American Actress Casa Zeta Jones QVC