Posted by MarriedBiography Posted on July 15, 2019 | In Child , Dating , Lifestyle
Share this 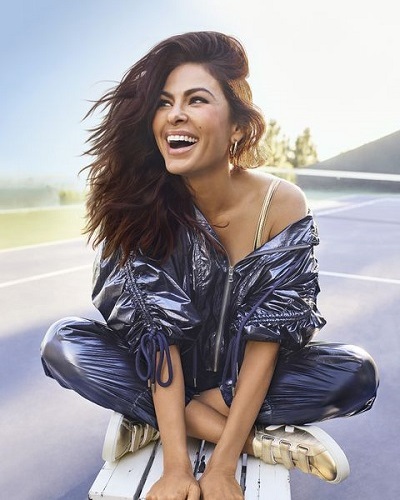 American actress Eva Mendes and her partner actor Ryan Gosling has a new addition to their family. The sweet couple with a family of four has adopted a Doberman puppy called Lucho. Eva shared this great news on her social media.

Actress Eva Mendes was so happy on adopting a new dog that she took to her social media to share the news, with her fans. Eva put up a cute picture of holding close to her Lucho. She captioned this picture:

“Meet Lucho. The newest member of our family. We adopted him from this amazing agency called Friends for Life Rescue Network @fflrescuenetwork.”

So it was a rescued dog that she adopted. Eva urged her fans to go in for adoption of such animals or at least to donate to such homes. She continued in her post:

“If you’re looking for a fluffy family member, adoption is a great option. So many little dudes out there needing a home. If you’re not able to have a pet but love animals, you can donate to this nonprofit… Your donation helps keep animals off the streets and out of shelters where they euthanize.”

Lucho was born in mid-November in 2018. He walked late and only after five weeks of age due to his large size. Eva works a lot with charities which help animals and street dogs. She often talks about these pets and animals. Besides, Eva works for Cesar Millan’s PACK Project.

Eva Mendes and Ryan Gosling and their family

Eva was dating filmmaker George Augusto from 2002 to 2010. She met Ryan Gosling on the sets of The Place Beyond the Pines. They began dating and now have two daughters. Their first daughter is Esmerelda and she was born in September 2014. The couple had a second daughter whom Eva delivered in April 2016.

Prior to dating Eva, Ryan was in a relationship with actress Sandra Bullock from 2002 to 2003. Later, he started dating Canadian actress Rachel McAdams. They were on from mid-2005 to mid-2007. After a year of separation, they reunited in 2008 for some time before calling it quits for good.

Eva Mendes and Ryan Gosling and their relationship

Eva and Ryan make a great couple. They are madly in love with each other. They do not display their affection in public or on social media, but often in interviews, they have gushed over each other. Eva had told Women’s Health Magazine:

“Ryan Gosling happened. I mean, falling in love with him. Then it made sense for me to have … not kids, but his kids. It was very specific to him.”

Ryan also is full praise for his partner. When he received the Golden Globe Award for Best Actor in a Musical or Comedy for “La La Land,” he dedicated the award to Eva. He gave an acceptance speech and said:

” While I was singing and dancing and playing piano and having one of the best experiences I’ve ever had on a film, my lady was raising our daughter, pregnant with our second, and trying to help her brother fight his battle with cancer,”

“If she hadn’t have taken all that on so that I could have this experience, it would surely be someone else up here other than me today. So sweetheart, thank you.”

Eva Mendes is an American actress. Eva is also a Model and Business Woman. Mendes is best known for her role in movies such as ‘2 Fast 2 Furious’, ‘Ghost Rider’, ‘Training Day’, ‘Stuck on You’, ‘Hitch’ and ‘The Other Guys’.

Eva Mendes has been a model and ambassador for different products such as Cocio chocolate milk, Calvin Klein, Reebok, Pantene Shampoo,  Magnum ice cream, Revlon, etc. Besides these Eva is also a designer, she designs a fashion collection for New York & Company. More Bio…

Who is the mystery man whom Jennifer Aniston is hugging and kissing in Los Angeles after a dinner date with friends!
Tags : Actress Business Woman Model