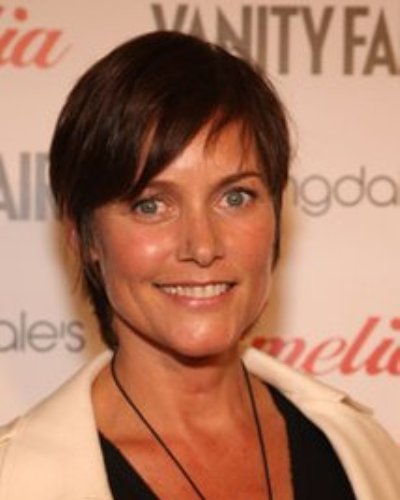 Well-known American actress and model, Carey Lowell has been having a wonderful professional life, but she has been totally unfortunate when it comes to her married life.

She had been entangled in an acrimonious divorce battle with her third husband, actor Richard Gere since September 2013. It ultimately was finalized in October 2016.

Richard Gere had known Carey Lowell since 1989 when she had starred in the film ‘License to kill Bond’.

He divorced his wife of 4 years, supermodel Cindy Crawford in 1995. Richard Gere started dating Carey Lowell in 1995. After 7 years of courtship, the two married in 2002 in a secret ceremony.

The couple had a son named Homer James Jigme Gere who was born in 2000 before the couple got married. Soon after the wedding, Richard Gere had spoken to Daily Mail.

“She’s changed my life. And marriage does have meaning, if you do it from your heart. It is a milestone for us both.”

The couple was quite happy together. They had some lovely times and were enjoying a blissful married life until 2012 when there were some lifestyle changes noticeable between the two.

Richard Gere, a devout Buddhist, wanted to live a quiet and peaceful life whereas Carey Lowell wanted to maintain her mixing with the elite of the society.

So Richard Gere started staying at his property in Bedford, New York. Carey Lowell continued to reside at their historic mansion in North Haven, New York. After almost a year of separation, they filed for divorce. The custody of their child was settled but the fight over the actor’s $250 million assets was ongoing.

It was only in late 2016 that the divorce settlement took place. The details of the agreement are not known but both parties seemed to have agreed amicably to the terms and conditions.

You may like to read American actress and former model Carey Lowell’s hat trick: Facts about her three marriages and divorces revealed!


It is being said that Richard Gere, 70 wanted early finalization of the legal battle since he wanted to settle down with his young new girlfriend, the Spanish beauty Alejandra Silva, 36. Alejandra is half the age of the veteran actor.

Richard Gere has been dating her since 2014 and came out public with her during his vacation with his beauty in Taormina, Sicily. Though Carey Lowell has said nothing about her ex-husband’s new gorgeous and young affair, insiders mentioned that she was furious and was making all attempts to delay the proceedings of the divorce.

On the other hand, Richard Gere was pressing for an early divorce since he was afraid that his Spanish girlfriend might call it quits. He is eager to start a family with her. It has also been said that Richard would shift to Europe to be with his new wife.

Alejandra’s divorce with her husband, American mining millionaire Govind Friedland was also on. Alejandra Silva has one son Albert Friedland from her first marriage. Richard Gere had dated Padma Lakshmi for a few months in 2014.

Carey Lowell married fashion photographer John Stember on 1st May 1984. This visionary photographer is famous for Vogue though he has also worked with Bazaar, Glamour, and other glossy magazines. After 4 years of togetherness, the couple parted ways on 27th September 1988.

The reason for the separation is not known. After his split from Carey Lowell, he has not remarried. Carey Lowell started dating actor Griffin Dunne and tied the knot with him in 1989.

They have one daughter named Hannah Dunne born on 12th April 1990. In 1995, they split and went in for a legal separation.

After her divorce from Richard Gere, Carey Lowell has found a new guy, former Viacom CEO Tom Freston. Hope she is lucky this time!

Also read Actor Richard Gere is going to be a father again at 68! His wife Alejandra Silva is expecting!

Carey Lowell is one of the popular as well as a good-looking American actress and former model. She is best known for her role as Jamie Ross in an American police procedural. More Bio…

Why did Whoopi Goldberg suffer hearing loss? Learn the reasons of this American actress-comedian’s premature listening disorder and her advice to the young generation!
Tags : American Actress Former model