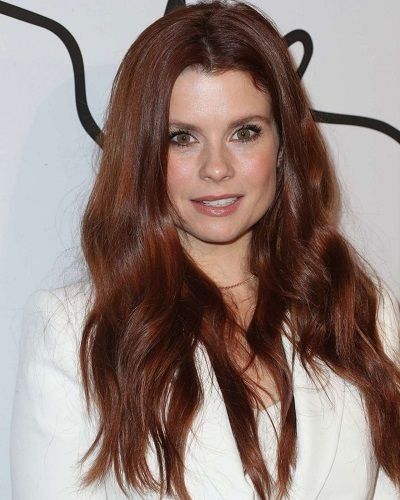 American actress JoAnna Garcia has recently signed on for a leading role in the ABC single-camera comedy pilot “Happy Accident”, Variety has learned. As she joined the cast member Matt Walsh.

Likewise, the casting continues Garcia Swisher’s long relationship with ABC. She has previously starred in ABC shows like “Once Upon a Time”, “Kevin (Probably) Saves the World” and many other.

JoAnna Garcia and her daughters with Reba McEntire

Reba McEntire played the role of JoAnna Garcia’s mom on Reba for six seasons. Now, Reba hangs out with the children of JoAnna. JoAnna told,

“She spoils quite a bit. She doesn’t babysit because when I see her, I want to be with her.”

JoAnna Garcia is a married woman. She married her boyfriend, Nick Swisher on December 11, 2010, at the Breakers Hotel & Resort in Palm Beach, Florida. Similarly, they began dating in the year 2009 and engaged in May 2010. They have welcomed two daughters, Emerson Jay, and Sailor Stevie.

Before him, she was engaged with Trace Ayala in the year 2008. But, the couple couldn’t continue their relationship for so long and broke up after three years of relationship in the year 2009. Also, there were also rumors that she was going out with Shawn Hatosy and Robert Buckley.

American actress JoAnna Garcia Swisher was born on 10th August 1979 in Tampa, Florida, US. She is the daughter of Jay Garcia(father) and Lorraine Garcia(mother). Her mother is a former teacher and her father is a physician and founder of Medizone. Similarly, she has a brother named Michael Garcia.

JoAnna Garcia Swisher is an American actress. She rose to fame after appearing in the 1993 TV series Are You Afraid of the Dark? Furthermore, she has also appeared in a couple of famous TV shows and films such as American Pie 2, Once Upon a Time, Better with You, and Privileged.

Additionally, she also got nominations for Teen Choice Award in 2005 and ALMA Award in 2009. See more…

American actress Stephanie Niznik died last month! She was only 52l
Tags : American Actress American Pie 2 Once Upon a Time