Posted by MarriedBiography Posted on September 10, 2019 | In Death , Health
Share this

Chris March was a famous American costume designer who was a finalist on the show Project Runway. He is no more. He died on 5 September 2019 after a heart attack. Designer Chris was 56 and died in California.

Chris March and his death

The famed fashion designer of Hollywood Chris March is dead. Sources close to the family of the star said that Chris died in the afternoon at 1.45 pm on Thursday 5 September 2019. His death is reported to be due to a heart attack.

Chris March and his medical problems

Chris was okay until June 2017. In that year, he had suffered a fall and hit his head against the wall in his apartment. His condition was so bad that he was put in a medically-induced coma. He had multiple complications following the fall and hit on the head. Chris had put up a Facebook post for his fans in which he wrote:

“I fell and hit my head in my apartment. It’s that simple,”

“I passed out and laid there for 4 days. I woke up and called 911 and somehow got to the hospital. In the hospital, all sorts of medical problems happened: My blood sugar was over 500. My organs started failing, my right lung collapsed, and they had to give me a tracheotomy and put me on a ventilator.”

Chris was left with partial paralysis after that. The cost of his health insurance had risen five times. Hence his friends created a GoFundMe page for him. This was to raise funds to meet his medical expenses. He had contemplated suicide and wrote:

“Where I am now is unbearable and makes me anxious and depressed every day. I have considered suicide many times,”

“I have tried my best to make strides.”

Tributes pour in for Chris March

“This is how I’m going to remember Chris March, dressed as Lisa Vanderpump as I wear a Giggy costume he made for one of our first Halloween specials. Chris was a finalist on Season 4 of Project Runway. He designed for everyone from Beyoncé, Gaga, Madonna, Meryl, Prince, and many legendary downtown drag queens (And Sonja Morgan!). And he had a big booming laugh; he was a joy and delight. #RIP”

“This absolutely breaks my heart. Chris was such a light on his season of Project Runway. He was one of the first big, boisterous gay men I saw on TV who wasn’t the butt of the joke, but the one making everyone laugh. What a light in the world.”

This absolutely breaks my heart. Chris was such a light on his season of Project Runway. He was one of the first big, boisterous gay men I saw on TV who wasn't the butt of the joke, but the one making everyone laugh. What a light in the world. https://t.co/3qP4ilC21G

“I am heartbroken to learn that we lost ⁦

@ChrisMarchLOL. I was lucky enough to work alongside and get to know him years ago in NYC. He was outlandish, over the top and spectacularly funny (and kind). What a loss.”

He followed it with a broken heart emoji.

RIP Chris March. You were a creative dynamo. You and your art will be missed. pic.twitter.com/EG65tEo4mq

“Very VERY sad to learn about the death of Chris March. One of my favorite PR designers and he had one of the best finale shows in the series.”

“Sad to learn of Chris March’s passing. He proved he could design for anybody and anybody. He had a personality that larger than life. RIP #ProjectRunway” 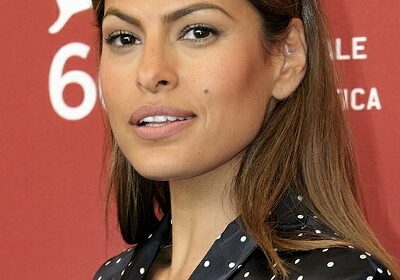