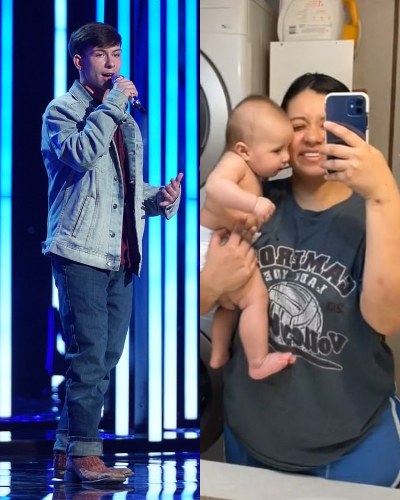 Cecil Ray Baker, the contestant of the 19th season of American Idol got into trouble just a week after elimination! He was arrested on Saturday 17th April 2021 after he broke into the house of his ex-girlfriend, Mariah Lopez. He was arrested by the Rockdale Police Department in Rockdale, Texas, and was charged with burglary of a habitation, a second-degree felony.

But he was released on the same day on a $15,000 bond. He forcefully entered Mariah’s house and assaulted her when she refused to let him see her daughter. Mariah revealed the incident on a TikTok video on 18th April 2021,

“I’ve had enough. This is why victims never come forward bc y’all try so hard to tear them down. #dobetter #bebetter I know your family has seen your behavior and honestly it is disgusting that they are OK with it and trying to deny it.”

More on his arrest

Mariah Lopez then showed her bruises on the photos and an alleged text between her and Baker. In the text, Barker threatened her when she said she was not happy with their relationship. Lopez revealed that there were times in their relationship when it was hard for her to leave.

Unlike other exes, she wishes better for him and said,

How many children does Cecil Ray Baker have?

Cecil Ray Baker is the father of a two-month-old daughter Emilia Jade. He welcomed the daughter with ex-girlfriend Mariah Lopez. He is a very loving father to his daughter as he dedicated a performance to her on American Idol. Cecil was very open about his daughter being his lifeline.

He wishes to give her the life she never had. Cecil wants her daughter to have a big dream even though she is in a small town.

Also read Who is Leilani Mohenoa? All about her parents, education, pregnancy with boyfriend Payne Haas, arrest of Payne, social media, quick facts, and biography

Splitsville! Jana Kramer divorcing husband Mike Caussin – “I’ve given everything I have, and now I have nothing else to give”!!!
Tags : American Idol Singer