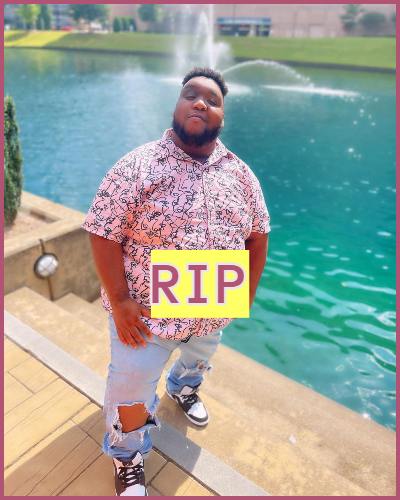 What caused the death of Willie Spence from ‘American Idol’?

The 23-years old singer was pronounced dead after his car collided with a tractor-trailer on an interstate in Marion County near Chattanooga, Tennessee, on Tuesday, October 11. Former contestant Katharine McPhee confirmed the news with an emotional IG story.

McPhee, who was an Idol mentor during Spence’s season, post reads,

“Life is so unfair and nothing is ever promised. God rest your soul Willie. It was a pleasure to sing with you and to know you.”

According to Marion County medical examiner Barbara O’Neal, the cause of death was “multisystem trauma due to motor vehicle accident”. Similarly, a spokesperson for the Tennessee Highway Patrol told the agency is still under review why Spence’s car veered off the road.

As soon as the death of Willie Spence was confirmed, the singing competition show released a statement saying,

“Spence was a true talent who lit up every room he entered. We are devastated about the passing of our beloved American Idol family member, Willie Spence. We send our condolences to his loved ones.”

His friends, fans, and family also flooded the comments with their condolences and tributes to beloved Willow. Fellow American Idol star Fritz Hager penned down,

“Willie Spence was a drive of nature. His voice impressed so many, and moved the hearts of everybody that heard him. My coronary heart goes out to Willie’s household and buddies, he might be missed. The world misplaced a fantastic soul, however his music will reside on ceaselessly.”

“Wowww my heart really hurts! May you rest in paradise Willie. Such a star! And a sweet soul! You will be missed!”

Alyssa Wray, a fellow American Idol contestant, took to Instagram to pour in for the beloved singer saying she was “so heartbroken” and described Spence as a “soul that people were drawn to”.

Did Willie Spence make it on American Idol?

Willie Spence rose to prominence on season 19 of American Idol. He sang a model of “Diamonds” by Rihanna for his audition in front of judges Katy Perry, Lionel Richie, and Luke Bryan.

Judge Richie gave him a standing ovation and called him an “undeniable” star. Soon after, a video of him singing “Diamond” in what appeared to be a classroom in 2017 went viral and has since racked up more than 15 million views on YouTube.

Similarly, the performance landed him an appearance on Steve Harvey‘s daytime talk show. Hours before the crash, Spence posted a video of himself singing, “You Are My Hiding Place” on his respective Instagram handle.

According to his latest post on his Instagram, Spence was due to perform in London next month.

Also read An Autopsy Revealed the Cause of Actress Shonka Dukureh’s Death!