Posted by MarriedBiography Posted on May 12, 2020 | In Death
Share this 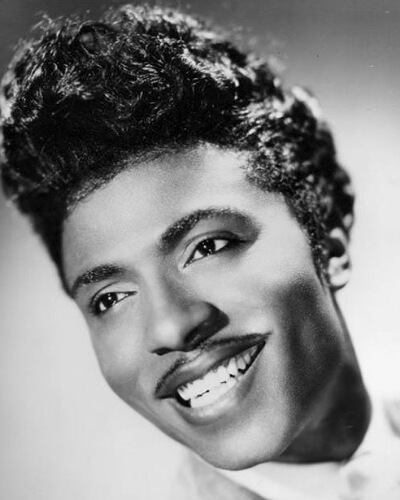 Rock ‘n’ Roll singer Little Richard has died at the age of 87. His death came due to bone cancer in Tullahoma, Tennessee. He was an influence on many singers.

Little Richard and his death

The legendary singer, Little Richard is no more. He died in Tullahoma, Tennessee, his family said. The musician’s family also confirmed the singer’s death. Little Richard was 87. He was suffering from bone cancer, He was a pioneer of rock ‘n’ roll.

The contemporary singers were devastated by the news of his death and offered their tributes on the occasion. Little Richard’s bass guitarist, Charles Glenn, told TMZ that the singer was ill for about two months prior to his death. Charles also revealed that Little Richard died at his home. His brother, sister, and son was beside him when he died.

Tributes for the departed singer

Little Richard was an influence for many singers. The Beatles, Elton John, and Elvis Presley had all cited Little Richard as their inspiration. Paying tribute to him, former Beatles drummer Sir Ringo Starr tweeted:

“God bless Little Richard, one of my all-time musical heroes.”

“His death is the loss of a true giant.”

“His music would last forever.”

I just heard the news about Little Richard and I’m so grieved. He was my shining star and guiding light back when I was only a little boy. His was the original spirit that moved me to do everything I would do.

“I just heard the news about Little Richard and I’m so grieved. He was my shining star and guiding light back when I was only a little boy. His was the original spirit that moved me to do everything I would do.”

"He was the first punk. He was the first everything." John Waters pays tribute to Little Richard and recalls an infamous 1987 interview with the rock pioneer https://t.co/znSasDUI7j

The Rolling Stone magazine wrote on their Twitter handle:

Little Richard’s real name was Richard Wayne Penniman. He was born in 1932. He was one of the 12 children of his parents. The singer had revealed that he started singing because he wanted to stand out from the rest of his siblings. Little Richard told BBC News in 2008:

“I did what I did, because I wanted attention. When I started banging on the piano and screaming and singing, I got attention.”

His hit song Good Golly Miss Molly topped the charts in 1958. Additionally, he gave other popular songs which include Tutti Frutti and Long Tall Sally. He had fans from both races.

Click to read on 9 Unknown facts of Troy Sneed, Grammy nominated singer who died due to coronavirus pandemic!

His biggest hits came in the 1950s. The characteristics of his singing included his exuberant performances, shrieks, raspy voice, and flamboyant attires. He has sold more than 30 million copies globally. His name was inducted into the Rock and Roll Hall of Fame in 1986.