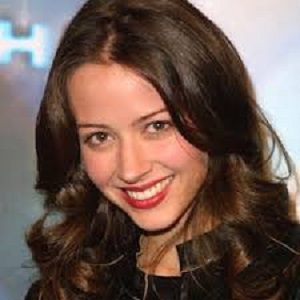 Genre stuff is the most exciting stuff for an actor to play. I get to try new things, do things I would have never got the chance to do.

Usually when people see me, they see me as more of the soft-spoken one rather than being the witty, smart-tongued character.

This couple has been spending quality time with each other. There are no records of any other person she was linked with previously before her marriage to James.

Who is Amy Acker?

She was born on December 5, 1976, in Dallas, Texas, USA. Her birth name is Amy Louise Acker and she is currently 42 years old. Her father is a lawyer and her mother is a homemaker.

Amy holds American citizenship but her ethnicity is a mix of English, German, Irish, Scottish, Welsh, and French.

She studied ballet and modern dance for 14 years and underwent knee surgery while in high school. Then, she ended her ballet career. After that, she graduated from Lake Highlands High School in Dallas and subsequently earned a bachelor’s degree in theatre from Southern Methodist University.

She made her major television debut from ‘Angel’ in which she portrayed the role of Illyria for the part of the shows’ fifth and final season. Then, she joined the cast of ‘Alias’ for its final season in 2005.

Amy Acker has given her voice of the character of Huntress on the animated series ‘Justice League Unlimited’ and she went to make a guest appearance on ‘How I Met Your Mother’. She became the series regular in the ABC drama ‘Happy Town’ in 2010 and starred in the season-one finale of the Fox series ‘Human Target’ in the same year.

Amy made her appearance as Claudia in the sitcom ‘Husband’ and she was cast as Audrey in an episode of ‘Agents of S.H.I.E.L.D.’ in March 2014. She appeared as Samantha ‘Root’ Groves on the CBS drama ‘Person of Interest’ between 2012 to 2016.

There is a rumor that Amy with her husband is expecting their third child. However, they have not announced it officially.