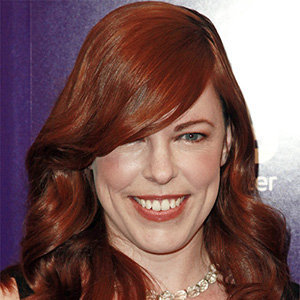 Amy Bruni is not married yet. She has been in a romantic relationship with her boyfriend, Jimmy. The duo has welcomed their first daughter, Charlotte on October 11, 2012.

Who is Amy Bruni?

Amy Bruni is an American actress and producer who is best known for her stint on Syfy’s ‘Ghost Hunters’ from 2008 to 2014.

Also, she is well recognized for her performances in ‘Kindred Spirits’, ‘Ghost Hunter’, and ‘Paranormal Lockdown’.

Amy was born on July 10, 1976, in Sacramento, California, USA. She is currently 42 years old. She was raised in a house that was haunted as her father was an amateur paranormal investigator. Her parents were free thinkers and they were just assuming those spiritual entities as a normal thing.

Due to that, Amy was never taught how to fear ghosts but, instead, she was taught to understand them. Since then, she attracted to paranormal research and her father got inspired by her and took her on paranormal investigations when she was 9.

She spent her weekends flying to haunted locations and conducting her own investigations in her twenties. Amy holds American citizenship but her ethnicity is unknown.

She has not mentioned anything about her education but we can hope that she might have received proper education regarding her field of work.

She got a full-time job in 2007 after she joined SyFy’s ‘Ghost Hunters’. Then, she came out as actress and producer of the reality TV series ‘Kindred Spirits’, ‘Ghost Hunters’, and ‘Paranormal Lockdown’ in 2016.

Amy appeared as a guest investigator in TV series ‘Paranormal Lockdown’ in the same year and appeared in 2004 TV series ‘Ghost Hunters’ alongside Katrina Weidman and Ben Hansen.

She was also the part of the West Coast TAPS team which she helped get started and was a producer for ‘Beyond Reality Radio’ with Jason Hawes and Grant Wilson.

The beautiful actress, Amy Bruni has not been awarded and nominated for her work till date.

The talented actress has an estimated net worth of $800 thousand. Her salary is around $73477 per annum which she has earned from her professional career.

There is a rumor that she is engaged to her boyfriend, Jimmy but none of them has talked about their relationship.

She has a height of 5 ft. 6 inches and she weighs 60 kg. Amy has blue eyes and blonde hair.