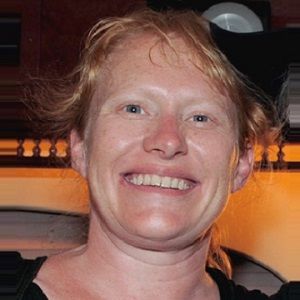 Amy Carter is a married woman. She married James Gregory Wentzel. He is a computer consultant. Similarly, they dated a few years before getting married. Their wedding took place in September 1996.

They met each other when she was attending Tulane University. Similarly, they moved to Atlanta and reside there. Likewise, they have a son Hugo who was born on 29 July 1999. She and her husband divorced and she eventually remarried and has a second child.

Who is Amy Carter?

Amy Carter is famous for living in the White House during the Carter presidency. Similarly, she is known for her political activism.

She was born on 19th October 1967 in Plains, Georgia, the U.S. to Jimmy Carter, and Rosalynn Carter.

Similarly, she and her family moved into the Georgia Governor’s Mansion and the White House when her father was elected. Likewise, she has three brothers Jack Carter, Donnel Carter and James Carter.

When she was young, she had a Siamese cat named, Misty Malarky Ying Yang. Also, in the East Room of the White House, she used to do roller skating.

She attended Stevens Elementary School in Washington at the start which was later renamed as Black Public School. Similarly, she joined Rose-Hardy High School also in Washington.

Later, she joined Woodward Academy, College Park, Atlanta. Likewise, she attended Brown University but she was dismissed due to poor performance. Additionally, she earned a Bachelor of Fine Arts degree(BFA) from the Memphis College of Arts. Furthermore, she registered with Tulane University, New Orleans. She completed her master’s in art history from this college.

When Amy was nine years old, she entered the White House. She lived there for four years. Similarly, she was under a constant media glare as young children had not lived in the White House since the early 1960s.

Amy Carter became a political activist and she participated in a number of sit-ins. Similarly, she protested during the 1980s and early 1990s. The protests aimed at changing U.S. foreign policy towards South African apartheid and towards Central America.

Similarly, the police arrested her during a 1986 demonstration at the University of Massachusetts Amherst along with other 14 activists. Likewise, she is a member of the board of counselors of the Carter Center. It advocates human rights and diplomacy as established by her father. Furthermore, she illustrated her father’s book for children The Little Baby Snoogle-Fleejer.

She has not won any awards yet. There is no nomination of her for any awards.

The estimated net worth of Amy is $7 million. She might earn a huge amount of money from her career. But she has not revealed her earnings.

Amy Carter fell into controversy when she was seen reading a book during a state dinner at the White House. He such behavior seemed as being offensive to foreign guests. Other than that there are no big controversies about her.

Wife Amy Smart Came Ahead To Defend Her Husband Carter Oosterhouse On The Sexual Misconduct Allegations!!