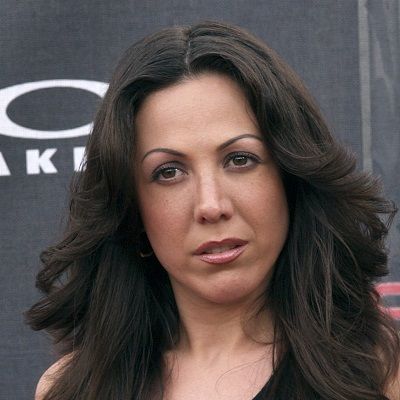 I got upset if I got a traffic ticket, and now I'm in prison. I can't believe it

For 20 years, people have been thinking of me as this crazy, wild 16-year-old who had no control of what was said about her. Now, at least they can say that she looks good and pays her taxes.

She was previously married to Louis Bellera who is a director. They exchanged vows on 10 Sep 2003 and were blessed with three children two sons and a daughter.

The Affair, Killing, and Prison

At the age of 17, Amy was in a sexual relationship with Joey Buttafuoco who was then 35 years old and married. Joey’s wife’s name is Mary Jo Buttafuoco.

Amy was jealous of Mary so she and Joey planned to murder her. For this, Fisher got a 25 caliber pistol and she went with Peter Guagenti to Mary’s home.

Mary told them to leave after hearing the made-up affair of Joey. When Mary turned her back, Amy hit her in the head with the gun and then shot in her temple part. Mary was taken to the hospital and was saved by doctors.

After interrogating with Mary, police arrested Fisher and was charged with attempted murder. She went to prison for 5-15 years. But after serving seven years, in May 1999 she got released on parole.

However, in 1993, she filed a case against Joey Buttafuoco for rape charges. He was found guilty and served four months in prison.

Who is Amy Fisher?

Amy Fisher is an American former adult actress and writer. She is mostly known as the Long Island Lolita.

In 2004, writer Robbie Woliver released her biography titled If I Knew Then.

She was born as Amy Elizabeth Fisher on 21 Aug 1974 in  Merrick, New York, the United States.

Her mother was Roseann Fisher and her father was Elliot Fisher.

She holds mixed ethnicity as her father is Jewish and her mother was English plus other.

As per her educational background, she attended Kennedy High School which is situated in Bellmore, New York.

Fisher after fulfilling her sentences became a columnist and worked for the Long Island Press. She also released her books like If I Knew Then (2004) and Amy Fisher: My Story (1994).

According to the sources published in Oct 2007, the videos of Amy were sold by her husband, Lou Bellera to Red Light District Video.

But now, this actress is no longer related to the adult industry. She announced her retirement in June 2011.

Talking about earnings, this actress has an estimated net worth is $200 thousand US.

Amy is living in a 4,000 sq feet house which has a 5-bedroom, 5-bathroom, a gourmet kitchen, and a swimming pool.

Talking about Amy Fisher’s body features, she has dark brown hair and eyes. She has a height of 5 feet 4 inches and her weight is average.