Amy Freeze is an American television meteorologist. Since 2011, she has been the weekend meteorologist at WABC-TV in New York City, New York. 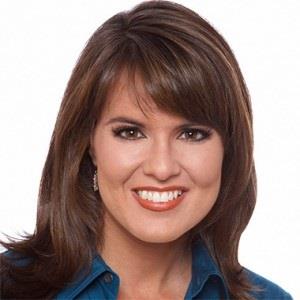 Amy Freeze is currently married to Gary Arbuckle. They first met when her husband was Cosmo and Amy was a cheerleader at Brigham Young University in1993. The pair wedded in 1994.

Freeze currently resides on the Upper West Side of Manhattan with her children.

Who is Amy Freeze?

Freeze is her realname and she was raised in Southern Indiana. Moreover, she has lived in 8 different states throughout her childhood.

She was intrigued by the world of journalism since her childhood years.

She is of American nationality and her ethnic background is Caucasian.

Later, she earned a Bachelor of Arts degree in Communications from Brigham Young University. Furthermore, she also holds a Master’s Degree from the University of Pennsylvania in Philadelphia.

Amy Freeze initially worked for NBC’s WCAU in Philadelphia. There, she was the meteorologist and co-host of ‘10!’. Additionally, she has also worked for the Rockefeller Center in New York City in the past.

In Denver, she worked at both KWGN and KMGH. Eventually, her broadcasting career began in Portland, Oregon, at KPTV on ‘Good Day Oregon’.

Freeze has won the National Academy of Television Arts and Sciences Emmy Award a total of five times throughout her career as of now.

Furthermore, she is one of the only few women to win Certified Broadcast Meteorologist accreditation from the American Meteorological Society.

She was the winner of Miss Illinois/Miss America Pageant and Chicago’s “Dancing with the Stars”.

Freeze has has an estimated net worth of around $1 million at present. However, she not revealed her current salary.

To date, Freeze has not been part of any notable controversies. Additionally, currently, there are no rumors concerning her life and career.

Talking about her body measurement, Amy Freeze has a height of 5 feet 6 inches or 1.68 m. Additionally, she weighs around 66 kg.

She has a body measurement of 37-26-37 inches. In addition, her hair color and eye color is dark brown.