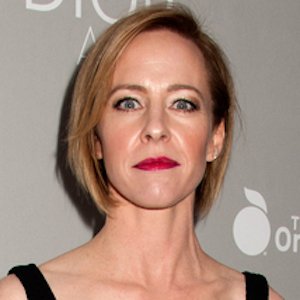 Reflecting on a personal life of Amy Hargreaves, she is a married woman. She is married to Renaud Selmes on 7 August 1999 at Eglise St. Andre Church in Grenoble, France. The reception was held at the home of the groom’s maternal grandparents, Pierre and Jacqueline Deshays.

The couple is living a happy married life and they live together in Manhattan. Her personal life isn’t in the limelight as her career path is. She is successfully keeping her personal life far from the tabloids. There isn’t information about her being in other romantic relationship that we know of. There isn’t any solid proof which leads towards her children. Being a celebrity, her fans are always curious to know more about her.

Who is Amy Hargreaves?

Bold and beautiful Amy Hargreaves is an American actress who is active in the entertainment field since 1992. She is best known for her appearance in Homeland, 13 Reasons Why, Blue Ruin and The Preppie Connection.

The daughter of Margaret Hargreaves and Robert Hargreaves, Amy Hargreaves was born in  Rockville Center, Long Island on 27 January 1970. She is of North American ethnicity and has an American nationality. She has a brother, Mick Hargreaves.

She seems to be a pretty private person who hasn’t much revealed regarding her early life. Hargreaves studied at Fairfield University and attended New York University where she received her master’s in political science.

Talking about career journey of Amy Hargreaves, she is active in the entertainment field since 1992 and she is still active in it. In 1992, she debuted from the television series Lifestories: Families in Crisis portraying the character of Cindy in the episode: “The Secret Life of Mary Margaret: Portrait of a Bulimic”.

In 1994, she appeared in television series ABC Afterschool Special as Christine and in film Brainscan as Kimberly. Her career path towards entertainment field has started to blossom with the roles she was portraying. With her impressive acting, she has been successful in impressing his fans and critics.

Hargreaves has appeared in the numerous movies including Ride for Your Life, Offspring, Blue Ruin, Prism, Shame, When the Evening Comes, and much more. She has spread her wings equally at ease with both forms of media.

In 2017, she appeared in the films Super Dark Times as Karen, Wonderstruck as Aunt Jenny, and Buck Run as Karen Templeton. Her success in career path has paid her well financially. Her net worth varies depending on various sources so for now, we can say that her net worth has grown significantly.

She has neither been in rumor nor suffered a controversy.

She has a height of 5 feet 2 inches with a body weight 50 kg. Her hair color is blonde and her eye color is blue.