TV, film, and theater Amy Hill actor is a mother of one.

Amy Hill is single as of now. She is also really private when it comes to her love life and has not revealed much to the media. Still, we do know that she has an adopted daughter named Penelope who was born in the year 2000.

As for her previous relationships, Amy has been married once before. Though she did not reveal her ex-husband’s name she revealed in an early interview that he was Japanese. The two met during Amy’s University years in Japan but their marriage didn’t last very long. 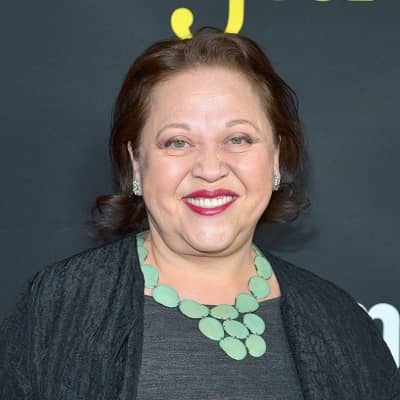 Who is Amy Hill?

Amy Hill is a popular American actress and stand-up comedian. She is well known for portraying grandmothers or similar motherly roles in movies. Among her numerous performances, she is best known for her roles in Jackie Chan Adventures, Lilo and Stitch, and American Dad.

As for her current roles, she has a major role in the upcoming comedy movie, Mack & Rita and is a part of the main cast in the ongoing TV series, Magnum P.I.

Amy Marie Hill was born on the 9th of May, 1953 in Deadwood, South Dakota, U.S.A. As of now, her age is 68. She is of American nationality and mixed ethnicity.

Amy was born to Finnish American father Archie Russell Hill and Japanese mother Ayako Yoneoka Hill. Her parents were supportive of her choices growing up and Amy also cites her mother as a major role model growing up. Unfortunately, Amy’s father passed away prematurely due to an automobile accident in 1979.

Hill spent her childhood in Seattle and later went to University in Tokyo. She has not shared anything regarding her siblings as of now.

After graduating from a local high school in Seattle, Amy pursued further education through Sophia University in Tokyo.

Amy started her acting career through the popular Asian American Theater Company situated in San Francisco. There, she performed and even wrote the scripts of various one-woman shows such as Tokyo Bound, Reunion, and Beside Myself.

In the film industry, Amy was first noticed for her role in the sitcom All- American Girl. After her brilliant acting on the show, she got a lot more roles in movies and TV shows. She portrays motherly figures in a lot of movies and TV shows. Some examples include her portrayal of Sue in 50 first dates and Mama Tohru in Jackie Chan Adventures.

Amy is also well known as the voice of several animated characters such as Mah Mah from American Dad! and Mrs. Hasagawa from Lilo and Stitch. On top of this, she is also a part of the major cast in shows such as Magnum P.I. and Cleopatra in Space. Her career is still going strong and she is going to be appearing in the upcoming comedy movie Mack and Rita and the animated series Glitch Techs.

Amy Hill was nominated for a regional Emmy as the writer/host of an Asian American teen talk show, Get Real.

As of now, Hill has an estimated net worth of roughly 3 million U.S. dollars. And though the exact number is not known, she also earns a good salary for her acting.

Amy is active and popular on social media. As of now, she has over 15k followers on Instagram and over 3.4k followers on Twitter.

Read biographies of similar celebrities such as Chelsea Zhang, and Ellie Reed.