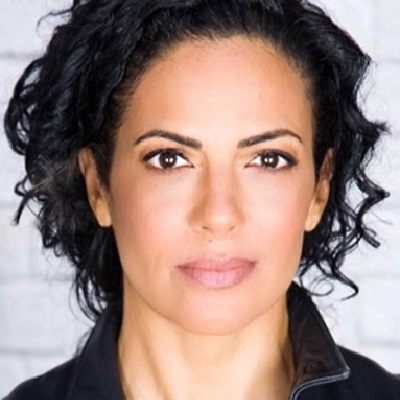 Previously, she was married to Tony Cornelius. Tony is a producer by profession.

The former couple first met in the American music-dance program, Soul Train. In the series, she appeared as the guest host. Tony happens to be a producer of the show. Later, they even worked together in the series, Pacific Blue. Working together formed a sort of friendship that eventually blossomed into love.

Eventually, they got married in December 1997. Together, they have a daughter, Christina Marie Cornelius.

However, they got separated by divorce. The story and details regarding the divorce is still a mystery for the public.

Who is Amy Hunter?

American Amy Hunter is an actress, model, and producer. Hunter is renowned as Jamie Strickland of the TV series, Pacific Blue.

Currently, she is co-producing the movie, Selfie Dad.

Amy Hunter was born on the 6th of May 1955 in Boston, Massachusetts. She is of British-Scottish-Irish ethnicity.

Till the date, she has not revealed any details of her father, mother, and education.

Amy Hunter started her journey as an actress with the theatre during her childhood. As a child artist, some of her theatre plays are A Raisin in the Sun and West Side Story.

Moving forward, she expanded her career on the TV through the TV series, 1989- The Cosby Show. However, her role in the series was limited to a single episode only.

In 1994, she featured the series, The Fresh Prince of Bel-Air as Samantha. The following year, she appeared in other TV series like Step by Step, Family Matters, and The Wayans Bros. in minor roles.

In 1998, she was cast in Pacific Blue as Jamie Strickland which happened to a milestone in her career. Altogether, she appeared in 40 episodes.

In 2001, she debuted in the movies with the movie, Two Can Play That Game. In the comedy based romance, she portrayed the character of Nita. After the movie, she appeared in other movies including The Kingdom, Traci Townsend, and The Scorpion King.

Besides the movies and series, she has also co-hosted Night After Night.

The actress has also promoted the brand like Chevrolet, Reebok, and Miller as a model. As a model, she worked for 12 years.

Besides being a model and actress, she is also active in the production lines too. As a producer, she debuted with the series, For Peete’s Sake. As of now, she is co-producing the movie, Selfie Dad.

Besides that, she also makes through her production jobs too.

Till the date, she has managed to remain far from any sort of controversy that created a buzz in the media. The same goes for rumors too.

Amy Hunter has black eyes with black hair. She stands at a height of 5 feet 10 inches and has a decent weight too.