Amy Irving is an American actress and singer. She is married and a mother of two.

Amy Irving’s relationship status is married. She is currently living with her third husband Kenneth Bowser.

They exchanged vows on 01 Nov 2007 in front of their loved ones. Her spouse is a documentary filmmaker and he has a daughter Samantha from his failed marriage.

Prior to him, Amy was with Bruno Barreto, a film director. They started to date in 1989 and then married in 1996 but divorced in 2005. They together welcomed their son Gabriel Davis in May 1990.

Her first wedding was with director Steven Spielberg. They romanced from 1979 till 1980. But they patched things in and then walked the aisle in 1985.

In the same year, this couple welcomed their kid, Max Samuel. But Amy’s wedding lasted only for four years and they separated in 1989. 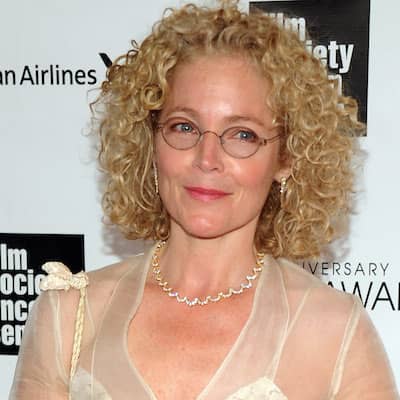 I get along great with directors, but I think some producers would tell you I'm a pain. They may say I'm tough to work with, but I have a great passion for what I do. I believe in fighting for it.

During my marriage to Steven, I felt like a politician's wife. There were certain things expected of me that definitely weren't me. One of my problems is that I'm very honest and direct. You pay a price for that. But then I behaved myself and I paid a price too.

Actors are not a great breed of people, I don't think. I count myself as something of an exception. I grew up in the theater, and my values were about the work, and not being a star or anything like that. I'm not spoiled in that way, and if I fight for something, it's about the work, not about how big my trailer is.

Who is Amy Irving?

Amy Irving is an American actress and singer. She has shown her acting skills on both screen and stage.

She is known for her appearance in Honeysuckle Rose, Yenti, The Road to Mecca, Traffic, etc. Amy’s movie My Cricket and Me as Lily is under the pre-production stage.

As a singer, she released her debut album titled Honeysuckle Rose in the year 1980.

Her birthdate is 10 Sep 1953 and she was born in Palo Alto, California, the U.S. as Amy Davis Irving. The name of her mother was Priscilla Pointer and her father was Jules Irving.

Further, Amy’s ancestry is Russian-Jewish and has a brother named David Irving who is a director. Her sister Katie teaches deaf people as well as is a singer.

As per her academics, she went to the American Conservatory Theater and was trained at the London Academy of Music and Dramatic Art.

Amy Irving has appeared in several screen projects. She has done TV, movies, as well as stages. Her journey was started in 1975 and is still active in the entertainment industry.

Her hit TV shows are,

Some of her notable films are,

Similarly, her stage performances can be seen in,

By the records of 2022, she has an estimated net worth of around $120 million. But her per annum salary is not yet calculated.

She received an enormous amount of $100 million in a divorce settlement with her first spouse.

This Los Ocha actress is keeping herself away from scandals as well as rumors.

Amy Irving’s height is 5 ft 4 inches and her body weight is average. In addition, she has blonde hair and eyes in blue color.