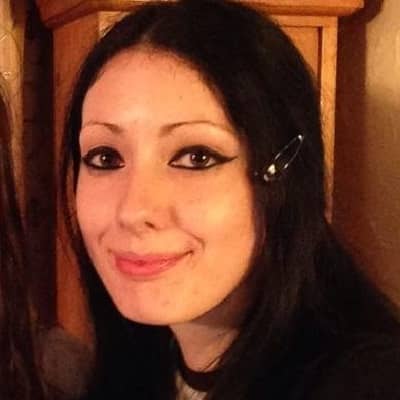 Amy Lee33 has maintained privacy and kept her relationship status and love affairs hidden from the public. She may be single at present and is more focused on building her career.

Nonetheless, her relationship status and boyfriend name are unknown.

Amy Lee33 is an English YouTuber and a Gaming commentator. She accompanies her good friend Stacy in their Minecraft Candy Isle Series.

Furthermore, she was signed by Disney’s Maker Studios.

Amy was born on the 29th of July 1987 in England. She belongs to British nationality and is of Irish plus Old French ethnicity.

Her full name is Amy Lee Hart. There is not much information about her mom and dad. Amy has two brothers. Her sister in law also has a YouTube channel ‘Salem’s Lady.

She also has an Instagram post posing for a selfie with her nanna, and likely others with her family members.

She hasn’t shared any details regarding their academics.

Amy is popular as a Minecraft player. She also plays Roblox, The Sims plus, and other games. She joined YouTube around July 2013 and made creating her first YouTube channel, Amy Lee33.

Amy gained popularity after her videos of ‘Minecraft’ and other classic games. Furthermore, she also featured on Stampy’s channel. And her first video with Stampy was in Stampy’s Lovely World while playing games in the Funland.

Likely, she created her second channel ‘Amy’s World’. In this channel, she posts different vlogs and her lifestyle, and random things. Similarly, Amy also created her third channel entitled Cherryade 0n May 26, 2020.

She posts various fun vlogs, weird food tasting, dumb challenges, and many more on this channel. “The WEIRDEST UNICORN Products On AMAZON” was her first video on this channel.

In addition, she is also part of a Minecraft family of sorts along with StacyPlays, Stampy, iBallisticSquid, and Mousie Mouse. In the game. her Minecraft skin is a mermaid. She has even released her first novel ‘Amy Lee and the Darkness Hex’, and ‘The Magical World of Amy Lee’ a book that revolves around puzzles and other fun activities.

To date, her names haven’t been linked in any sort of rumors. Although she receives various hate-comments, she has never budged from her commitments and carried it in a positive way.

The star has amassed a net worth of around $1 million. Her estimated earnings from Youtube is around $180 per day and annually $66,000.

Amy also earns from has her own merchandise. Furthermore, she earns through brand endorsements, promotional events, and other appearances.

Amy Lee33 stands with a height of 5 feet 4 inches and a decent weight. Similarly, she has a beautiful pair of green eyes with black colored hair.

Furthermore, Amy has her own YouTube channel Amy Lee with 1.02M subscribers. She also owns other youtube channels too.

Also, get to know about Ellie Thumann, Moneybagg Yo, Chane Grobler, and Lizzy Capri.