Amy Morgan is an English actress. Amy Morgan's relationship status is single at the moment. 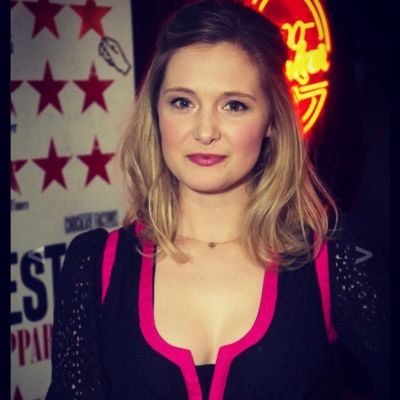 Amy Morgan’s relationship status is single at the moment. She hasn’t introduced anyone as her boyfriend or lover.

Previously, she dated a Welsh actor Aneurin Barnard. However, they broke up in a short period of time.

Who is Amy Morgan?

Recently, she was featured in the 2021 spy film, No Time to Die where she portrayed the role of Alison Smith.

Amy is a very secretive person when it comes to her personal life. She hasn’t yet disclosed her parent’s and other family members’ details in the media. Also, her academic background is under the curtains.

Further, she holds British nationality whereas her ethnicity is unknown.

Amy started her acting career through theatrical productions. While playing the title role in the production “Trelawny Of the Wells“, she was spotted by TV casting directors for Mr. Selfridge.

She was then cast in the recurring character “Grace Calthorpe” on the ITV/PBS TV series Mr. Selfridge alongside Jeremy Piven.

She also starred in the BBC Wales series Baker Boys. In 2015, she appeared in a minor role in the fantasy film, Pan. The film featured popular personalities like Hugh Jackman, Garrett Hedlund, Rooney Mara, and Levi Miller.

Amy has managed to maintain a clean profile to date. She hasn’t been part of any sorts of rumors and controversy that create a headline in the media.

Amy might have accumulated an impressive amount of wealth throughout her acting career. However, she hasn’t yet revealed her exact net worth, salary, and other earnings in the media.

Furthermore, she has a brown pair of eyes and her hair color is blonde.