Amy Redford is a happily married woman. She is living a blissful conjugal life to screenwriter Matt August.

On June 29, 2008, the couple exchange vows. The same year, they were blessed with a daughter named Eden Hart August. 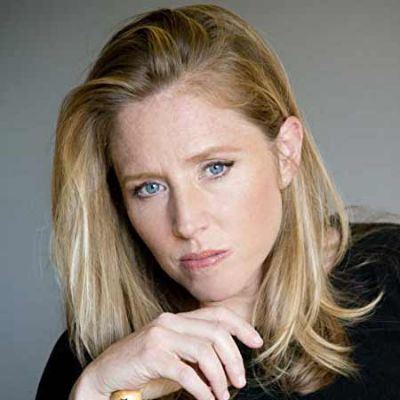 Who is Amy Redford?

Amy Redford is a renowned actress, director, and producer from the United States.

She rose to fame for roles Elizabeth Brenner in the romantic comedy ‘Giving It Up’ and Sylvia McCord in the historical drama ‘The Last Confederate: The Story of Robert Adams’.

She is the daughter of Robert Redford (father) and Lola Van Wagenen (mother). Her father is a renowned film director and actor whereas her mother is a historian and environmental activist.

Amy attended San Francisco State Univerity from where she received her BA in Drama/Theatre Arts in the year 1994. She then went to the University of Colorado Boulder and studied theatre in England at LAMDA.

Amy made her acting debut through theatre and performed in numerous plays including Daisy Foote’s play Bhutan, directed by Evan Yanoulis, The Golden Ladder, The Messenger, Touch My Face; Stuck, Collected Stories, and Hello and Goodbye. Similarly, Amy’s first directorial film is The Guitar which premiered at the 2008 Sundance Film Festival starring Saffron Burrows.

She also directed a short film called DeLiVeRy with Ethan Suplee and Lukas Haas. In 2007, she produced the film Professor Marston & the Wonder Women directed by Angela Robinson starring Luke Evans and Rebecca Hall. She has featured in the award-winning feature film Heartland.

Her other films include This Revolution, Cry Funny Happy, Last Man Running, Maid In Manhattan, and more. Furthermore, she made an appearance in several TV series such as Law and Order: Criminal Intent,  Law and Order: Special Victims Unit, The Sopranos, Sex, and the City, Dellaventura, and Wonderland.

Amy has managed to maintain a clean profile. She stays miles away from any sorts of rumors and controversial matters that could hamper her personal and professional life.

Amy hasn’t yet disclosed her precise net worth, salary, and other earnings in the media.

Amy has a well-maintained body physique with an average weight. However, her precise height and weight aren’t available in the media.

She has a blue pair of eyes and her hair color is blonde.