Amy Yakima is a dancer and actress who won season 10 of 'So You Think You Can Dance'. 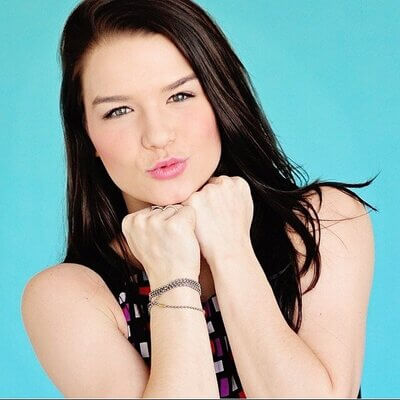 Amy Yakima, at present, is single.

However, between 2012 and 2013, she was seen in several photos with a man named Kyle Lucia. He is also a dancer and choreographer.

Who is Amy Yakima?

Amy Yakima is an American dancer and actress. She is famous as the winner on season 10 of ‘So You Think You Can Dance‘.

Moreover, she has also appeared in ‘The Marvelous Mrs. Maisel’ and ‘Athletes and the Arts.

Amy Yakima was born on November 8, 1993, in Michigan, the United States of America. Her ethnicity is Ukrainian.

She was born to Ukrainian parents, Mary Beth Yakima (mother) and Daniel Yakima (father). She grew up in Michigan with her two sisters, Lauren and Emma Yakima.

At the early age of 3, she started training in tap, jazz, and ballet. Her ethnicity is Ukrainian.

Talking about her education, Amy went to school for dance at Marymount Manhattan for one year. After that, she took online classes at a local community college located in Northville, Michigan.

She trained herself at The Noretta Dunworth School of Dance.

Amy Yakima was cast in the Radio City Christmas Spectacular as Clara for around 3 years at the Fox Theatre in Detroit, MI. Similarly, she worked for a year at the Radio City Music Hall in New York City. In 2013, she entered season 10 of Fox’s hit TV show, ‘So You Think You Can Dance.

She then continued to tour the country with the top 10 contestants of that season. She was crowned the female winner of the competition. This made her very popular.

After that, she toured with Travis Wall’s dance company, Shaping Sound and was a performer in the Shatter Me national/international tour of Lindsey Stirling. Moreover, she was also a dancer in Carrie Underwood’s ‘Something in the Water’ music video.

Amy also came back as an all-star performer in So You Think You Can Dance. Yakima also made her Broadway debut in Finding Neverland as Peter Pan in which she performed for over a year.

Amy Yakima has an estimated net worth of around $1 million.

However, there is no information about her salary. An average American professional dancer makes around $45k a year.

There are no rumors about Yakima. Similarly, she has not been a part of any controversy. She is very focused on her work and career and has not done anything to harm her image and reputation.

Amy Yakima has black hair and green eyes. She stands at a height of around 5 feet 4 inches.

You may also like to read the Bio, Career, Body Measurements, Net Worth, Relationship, Social Media, and more about Sissy Sheridan, Anna McNulty, Marius Iepure, etc.

Alan Bersten
Tags : American dancer Shaping Sound So You Think You Can Dance