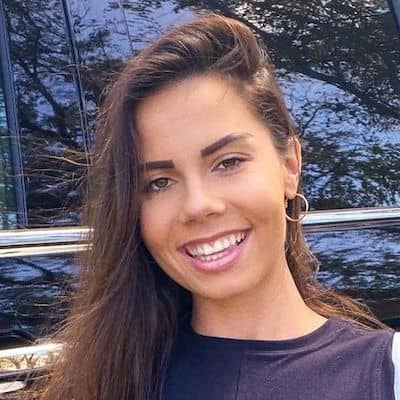 AMYYWOAHH at present is possibly single. She has not provided the details of her affair or boyfriend to the media yet.

AMYYWOAHH is an American model and fitness star. She is known for her comedy bits, music clips, and workout videos on TikTok.

She is also active on Instagram and has thousands of followers.

She was born on 31 March 1999 in Fort Myers, Florida, USA. The name of her father is not disclosed and her mother’s name is also unknown.

Her real name is Amy Troyer and her ancestry is Caucasian. Talking about her academics, she has not disclosed the particulars.

AMYYWOAHH is a model and fitness freak. She is one of the popular TikTok users and she posts content related to comedy, music clips, and workout videos. Her account was able to attract more than 12 million fans with over 523 million likes.

Moreover, she is also popular on YouTube where she has around 167k subscribers. Her channel was created on 8 Nov 2018 and her first video was titled Girl Survives Off Zebra Cakes.

Some of her popular videos are Top 25 VIRAL TikToks of Amyywoahh!!, MOST relatable Mom Skits TIKTOK Compilation Amyywoahh, and more.

However, she is also followed by more than 181k people on Instagram. In Jan 2017, she posted a picture of her where she was roaming at Tallow Beach with a surfboard.

Some of the top TikToker’s financial worth is,

This web star is keeping herself away from rumors plus scandals at present.

Regarding AMYYWOAHH’s body features, her height is 5 ft 3 inches and her body weight is 50 kg. She has light brown eyes and her hair has is dark brown.

Her body stats, shoe, plus dress size are unknown. But she has a fit and slim body figure which she often flaunts on her social account.