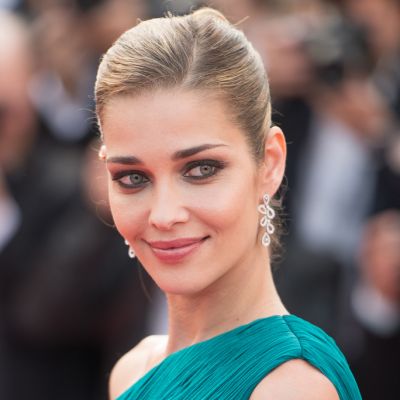 Talking about her relationship details, Ana Beatriz Barros is happily living a married life with her long-time partner, Karim el Chiaty is who is a Greek-Egyptian millionaire. The couple tied the knot on the Greek island of Mykonos on 8 July 2016.

Some popular personalities such as Alessandra Ambrosio, Adriana Lima, Isabeli Fontana, and Fernanda Motta. Moreover, they welcomed their first kid as a son named Karim Hamed El Chiaty in December 2017.

Ana and her husband welcomed their second child as a daughter named Teressa in February 2022.

Who is Ana Beatriz Barros?

Ana Beatriz Barros is a well-recognized Brazilian model and supermodel.

Barros is widely known for her multiple appearances in the Sports Illustrated Swimsuit Issue and for her work with Intimissimi, GUESS, Bebe, Victoria’s Secret, Channel cosmetics, and Jennifer Lopez’s JLO fashion line.

Moreover, Beatriz gained popularity after being in a relationship with her millionaire husband, Karim El Chiaty.

Ana Beatriz Barros was born on 29 May 1982. At present, she is 40 years young star. Likewise, her birthplace is Itabira, Minas Gerais, Brazil.

Ana is the daughter of her father, Reinato Barros whereas her mother is Sonia. Moreover, she has two siblings named Patricia Barros and Maria Luisa Barros.

Talking about her nationality, Barros holds a Brazilian identity whereas her ethnicity is German, Portuguese, Italian, and Spanish.

Regarding education, the star has been secretive towards her academic qualifications.

Ana began working in the modeling industry when she was 13 years old. She was motivated by the Rio Elite office to participate in the Elite Model Look 1996 which she was runner-up to Diana Kovalchuk.

The model has been on numerous covers of magazines like Glamour, Vogue, Marie Claire, Allure, Audi magazine, W, Elle, to name a few.

She was the ambassador for the Italian lingerie brand Intimissimi from 2005 to 2008. In August 2014, she was declared once again as the new face for Intimissimi.

A famed star, Barros has earned a handsome amount of money from her profession. She has been active in her profession from the year 1996 till the present.

It is reported that Ana Beatriz Barros has an estimated net worth of $15 million as of 2022. Barros has featured as the face of Jennifer Lopez’s lingerie line in 2004 and has appeared on the covers of magazines like Marie Claire, Allure, W, Elle, and so on.

Ana has never been part of any controversial matter or rumors till now. The star has been preoccupied with her professional and private life.

It seems that Barros prefers enjoying her personal life and does not want to merge it with her professional life.

39 years young star, Ana has beautiful looks and an admirable personality. She stands at a height of 5feet 11inches. Also, she has a balanced body weight of 59 kg.

Furthermore, Barros has blue eyes whereas her hair is blonde. Her body measurement is 36-24-35 inches(chest-waist-hip) respectively.

The star wears a dress size of 4(US).

Regarding her social media presence, Ana Beatriz Barros is an active personality on social media. Ana has more than 543k followers on her official Instagram account @anabeatrizbarros.

She is also active on Twitter with around 12k followers.

Moreover, Barros is also available on Facebook with nearly 561k fans and supporters.