Actress-Singer Ana Brenda is in a relationship. 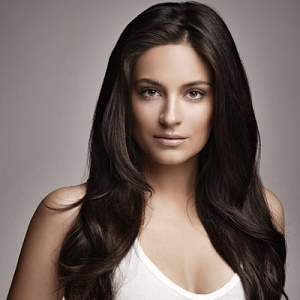 Ana Brenda is in a relationship. She is having an affair with Iván Sánchez. He is a Spanish actor, film producer as well as a model. They are dating since 2015.

Prior, she started her relationship with Alexis Ayala a Mexican actor of telenovelas in 2006. They were in a relationship for three years then broke up.

After being single for 3 years Ana was in a relationship with Daniel Krauze in 2012. The relation too did not last long, they separated the same year.

Next year Ana got engaged and married on April 4, 2013, to Alejandro Amaya. The wedding took place at a civil ceremony in Las Vegas. After a year they got separated.

Who is Ana Brenda Contreras?

Native from Rio Bravo, Tamaulipas, a Mexican actress and singer, Ana Brenda Contreras arrived in Mexico City at age 15 to participate in the reality show “Pop Stars” where she became a finalist in the show and joined the musical band “t’detila.”

Ana Brenda Contreras was born on December 24, 1986, in Río Bravo, Tamaulipas, Mexico. So, her nationality is Mexican and her ethnicity is also Mexican.

Ana went to an elementary school in Rio Bravo, Tamaulipas. Later, she went to the Center for Arts Education Televisa to learn and develop her acting skills.

Ana Brenda Contreras was born on 24th December 1986 in Rio Bravo, Tamaulipas, Mexico. Ana moved to Mexico City to participate in the reality show entitled ‘Pop Stars’ and became the finalist there.

Ana portrayed ‘Juanita’ in her debut telenovela, Barrera de Amor, in 2006. That same year, she had a role in the Novela Duelo de Pasiones as ‘Claudia’. She starred next on Divina Confusion in 2008 and as ‘Violets Madrigal’ on the telenovela Juro Que Te Amo.

In 2009, Ana acted in an episode of the TV series ‘Mujeres Asesinas’. She also had a role in the series ‘Tiempo Final’. She currently portrays a role in Salvador Mejia Alejandre’s telenovela Lo impersonal.

Ana’s skills have accumulated a net worth of a whopping $10 million dollars, all due to her acting. However, her actual salary is still unknown from any source.

Ana was rumored to be dating Pepe Diaz a Spanish retired footballer when she was initially rising to the heights of fame and career. But this news still needs to be confirmed by her.

Ana Brenda has a height of 5 feet 6 inches. Her body weighs 55kg. She has dark brown hair and brown eyes. Furthermore, her body measurements are 32-26-32 inches.

Also know more about the early life, career, net worth, relationships, and controversies of other actresses and singers including Andrea Bowen, Erin Sanders, Brandy Norwood, Malandra Burrows, and Nazanin Mandi.