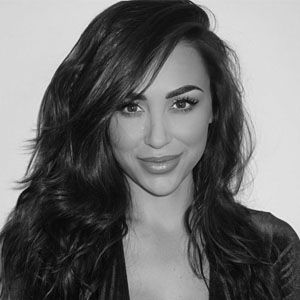 What is the relationship of Ana Cheri?

Gorgeous Instagram beauty, Ana is divorced and is single as of now.

Ana Cheri was married woman. She tied the knot with her longtime boyfriend Ben Moreland, who is a personal trainer and fitness expert.

The couple is very private about their relationship. So far, Ana has not spoken about her personal life in the public and media.

On December 2021, Ana announced that she and Ben has oficially parted ways.

Who is Ana Cheri?

Ana Cheri is an American model and social media personality. She has worked with reputed companies such as Moskova Underwear, Ultimate Arm wrestling League, Monster Energy, and K&N Filters.

Besides this, Ana is also a famous brand ambassador for Shredz as well as featured in Playboy. In addition, she has also appeared as a Maxim Instagram Girl of the Week.

Ana was born on 16 May 1986 in California, United States. She grew up in Southern California’s Huntington with her parents. She is an American and she belongs to the Latin-Caucasian ethnicity.

Ana began her professional modeling career by appearing on posters and brochures. Initially, she appeared in Punch Magazine and Toyo Tires.

Furthermore, Ana began to work in cosmetic publications and in some ads which consist of FOX Racing and the Long Beach Grand Prix D1.

Moreover, she has also featured in some commercials. Back in 2015, Ana did a nude photoshoot for Playboy as Miss October 2015. Furthermore, she was named the ‘new queen of Instagram’ by the Chive.

Apart from modeling, Ana is highly concerned about health and fitness. In addition, she is also the Brand Ambassador and Motivational Speaker for Shredz.

Moreover, Ana has also opened her own gym in Orange County’s Santa Anna, “Be More Athletics”.

As a fitness expert and a successful model, Ana earns a handsome amount of money. Currently, she has a net worth of $5 million as of 2022.

So far, Ana has not won any awards. However, she has been loved and appreciated by her fans and many people from around the world.

She has featured in the world’s big names such as Maxim and Playboy.

Is Ana Cheri involved in any rumors and controversies?

So far, Ana has not been stuck in any controversy. Furthermore, there are no drastic rumors regarding her personal and professional life.

It seems she has more love for her professional rather than for other stuff.

As a fitness model, Ana Cheri has a sizzling curvy body with a height of 5 ft 7 inches and weighs 54 kg.

Furthermore, she has beautiful brown eyes and brown hair. In addition, her bra size is 34 inches.

Being an Instagram model and social media personality, Ana Cheri has a huge fan following on his social accounts. On Instagram, she has more than 12.7 million followers.

Moreover, she is also active on Facebook and Twitter where she has around 6.3 million followers and 230k followers respectively.