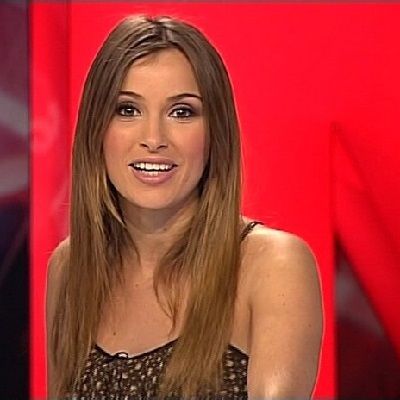 Ana Cobos is currently single and a single mother. She has a daughter Martina born in 2016.

Likewise, she shares a picture of her daughter on social media. The mother-daughter went on vacation in different places.

Similarly, in February 2019, she welcomed her second child.

Who is Ana Cobos?

Ana Cobos is a famous Spanish sportscaster well-known for working for beIn Sports Network, USA. Ana is famous for her appearance in the sports program The Express.

Anita Cobos Perez was born on 23rd November 1984 in Cordoba, Spain. His family belongs to the Spanish ancestry.

She always wanted to study medicine but later chose a career in Journalism.  Ana has educated by the University of Seville’s School of Communications and earned a Bachelors’ Degree in Journalism.

Similarly, she did her masters in TV Journalism from Rey Juan Carlos University in Spain.

Ana is popular as a host of The Express. Similarly, she started her career as a sports news editor and host of the program DXT-Noche at Television Espanola.

In the year 2005, she worked for the press office of the Sevilla Football Club. Also, she is a former reporter for TVE, Marca TV, and Castilla- La Mancha Television located in Spain.

She started working for beIN Sports en Espanol in 2013 and she covered the 2014 FIFA World Cup in Brazil. beIN is a  global network of Spirts channel owned by beIn Media Group.

Also, she has conducted interviews with high-profile players like Rafael Nadal, Lebron James, and Lionel Messi. In 2018, she hosted the show The Express and The Extra Summer with Pablo Marino.

beIn Sports purchased a package of live French football Ligue 1 matches from 2012 to 2016 worth $90 million US.

In the year 2015, she started talking to a person online and their virtual connection turned into a friendship. He started harassing her so she stopped talking to him.

After that, he created 25 fake profiles and insulted and threatened her. Later, she complained and got him arrested.

Ana is a brown-eyed-brunette. She is 5 feet 5 inches tall.