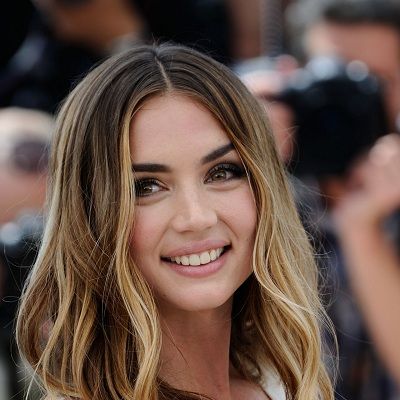 My childhood memories are amazing

I had freedom in every way - but I see everything from a different perspective now that I live outside. I'm ambitious in a good way. I've never wanted to settle as long as I've thought there's more. I don't like feeling stuck like I'm not going anywhere.

Ana De Armas is dating Ben Affleck. Their affair started when they were seen enjoying time in Havana. Recently, they made their relationship official by sharing photos on social media.

Previously, she has dated Franklin Latt who is a talent agent and she called her “Valentine” which was made public through Instagram but the relationship went no longer. Since 2018, she is dating Alejandro Pineiro Bello, who is a Cuban visual artist. The couple posts several pictures together on social media. They broke up after some months.

Earlier, Armas married Marc Clotet in 2011. The spent more than a year together and the pair got divorced in 2013. During their married life they had no children.

At current, Ana was in a relationship with Edgar Ramírez. He is also an actor.

Who is Ana De Armas?

Ana De Armas is popular as Ana Celia De Armas Caso. She is a Cuban- Spanish actress. In 2006 she made her acting debut in the Spanish film Una Rosa de Francia.

She is prominent for her role in the film Blade Runner in 2049. Her upcoming movies including the mystery crime film Knives Out (2019) and the British action crime film The Informer. She will appear in the next James Bond film, currently known as Bond 25 in 2020.

Ana De Armas was born in Havana, Cuba on April 13, 1988. Her nationality is Cuban-Spanish and her ethnicity is Cuban. She has got one brother whose name is Javier Caso. He is a self-taught artist and photographer.

She decided to become an actress at the age of 12, and she attended the National Theatre School of Cuba’ to learn the craft professionally. Likewise, there is no further information about his education.

In 2006 Ana De Armas made her acting debut in the Spanish film Una Rosa de Francia, featuring with Alex Gonzalez. The Spanish TV series EI Internado was her first real TV accomplishment, in which she featured as Carolina Leal.

In 2009 she continued her profession in the film Mentiras y gordas. From(2010-2012) she played on TV series Hispania, la Leyenda and Blind Alley in 2011. In 2014, she moved to Los Angeles. Her first American film Knock Knock which was followed by Exposed, Hand of Stone, and War Dogs in 2015.

In 2017, she starred as Joi, an AI hologram, which was critically acclaimed in science fiction movie Blade Runner 2049. she played the character of Sofia Hoffman in Three Seconds in 2018.

Her upcoming movies including the mystery crime film Knives Out (2019) and the British action crime film The Informer. She will appear in the next James Bond film, currently known as Bond 25 in 2020.

Her net worth is around $3 million. Moreover, there is no further information about his income and salary.

She alleged demise gained traction on Monday after a ‘R.I.P. Ana De Armas ‘which was attracted nearly one million likes on the Facebook page.

She has maintained a good image towards her fans and her fans even started an online Facebook page called” We Want Ana De Armas for Bond Girl”.

Ana De Armas has a slim body figure and she stands at a height of 5 feet 6 inches tall and her weight is 55 kg. She has got green eyes with brown centers and lights brown hair color.

Ana de Armas is elated to be shifting into her boyfriend, Ben Affleck’s Los Angeles home!