Ana de la Reguera is a well-recognized Mexican actress and television personality. She is possibly single. 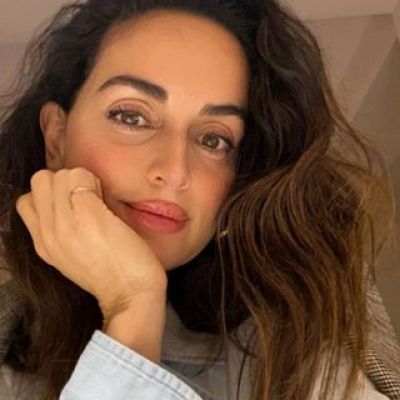 It's easier for me to act in Spanish, but as soon as I get the lines in English and I know them by heart, it becomes really easy. You don't have to worry about the language anymore. It just takes more time. In Spanish, I can learn lines in 10 minutes. In English, it's going to take an hour.

I feel like I prefer movies, but, at the same time, theater is so exciting when you're doing it. It's a harder job doing theater.

What is the relationship of Ana de la Reguera?

Talking about her love life, Ana de la Reguera is presently single and she is not dating anyone at the moment. The star seems to be focused on her career and professional life.

Moreover, Reguera has previously dated Diego Boneta who is a well-known Mexican actor and singer. The couple dated in 2013 but sadly separated in 2017 without any unclosed reason.

Other than that, Ana has dated stars like Tomas Ruiz Gonzalez, Jorge Ramos, and Erick Elias in her past time.

Who is Ana de la Reguera?

Ana de la Reguera is a well-recognized Mexican actress and television personality. Reguera is widely famed for her performance in the HBO television series, Eastbound & Down and Cappadocia.

Moreover, she is known for many series like Narcos, Power, From Dusk Till Dawn: The Series, and Jane the Virgin.

Ana de la Reguera was born on 8 April 1977. At present, she is 45 years young actress. Likewise, her birthplace is Veracruz, Mexico.

Ana is the daughter of her father, Augusto Gardoqui whereas her mother is Nena de la Reguera. Moreover, she has a sister named Alicia De La Reguera.

Talking about her nationality, Reguera holds a Mexican identity whereas her ethnicity is Mexican.

Regarding education, the actress has studied arts at Instituto Veracruzano de la Cultura. Later, she studied with Juan Carlos Corazzain in Spain.

After studying acting, Ana started her career with a role in the telenovela Azul and then worked in Pueblo chico, infierno grande for which she earned the Heraldo award for best female acting. Likewise in 2014, Reguera featured in the Netflix crime drama, Narcos portraying the role of Elisa.

Later, the actress performed in the HBO series, Capadocia in the role of Lorena Guerra. Some of her other roles include Twin Peaks, Power, From Dusk Till Dawn, and The Blacklist. Also, Reguera starred in season 2 of Goliath as part of the main cast, and in season 3 as a regular character.

Talking about her film career, Ana is known for her role as Sister Encarnation in Nacho Libre. She also played in Cowboys & Aliens where she worked as Sam Rockwell‘s wife, Maria. Ana then won a CANCAINE and Imagen Award for her role in Backyard.

A famed actress, Reguera has earned a handsome amount of money from her profession. He has been active in his profession from the year 1996 till the present.

It is reported that Ana de la Reguera has an estimated net worth of $2 million as of 2022.

Ana has never been part of any controversial matter or rumors till now. The star has been preoccupied with her professional and private life.

It seems that Reguera prefers enjoying her personal life and does not want to merge it with her professional life.

44 years young actress, Ana has beautiful looks and an admirable personality. She stands at a height of 5 feet 3inches. Also, she has a balanced body weight of 52 kg.

Furthermore, Reguera has hazel eyes whereas her hair is brunette. Her body measurement is 32-24-33 inches(chest-waist-hip) respectively.

Regarding her social media presence, Ana de la Reguera is an active personality on social media. Ana has more than 1.1 million followers on her official Instagram account @adelareguera.

She is also active on Twitter with around 1.5 million followers.

Moreover, Reguera is also available on Facebook with nearly 541k fans and supporters.