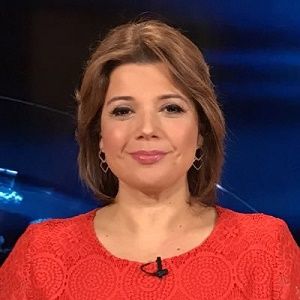 He clearly made a mistake, he’s paying the consequences for that mistake, and I think it’s a good standard, now, it’s the same standard I’d like to hold the president of the United States to

I'm pretty damn glum tonight, (Bush has) gotta take the next 10 days...to really figure out how to dominate in the debates.

Ana Navarro hasn’t shared about her relation ties, husband and thus about her personal life. She currently resides in Miami, Florida, this is all that we know about her. Further details on her can be found from other websites like IMDB also she has a Wikipedia page. Information regarding her career seems to be majorly highlighted but personal life is still hidden.

Who is Ana Navarro?

Ana Navarro is a well reputed Republican strategist and commentator, widely known for her work in channels like Cable News Network(CNN), CNN in Espanol, ABC news Telemundo and The View.

She has been a widely searched personality after the debate topic with Donald Trump on the channel.

Talking about her early life he was born in December 1971. She experienced her childhood in a place called Nicaragua. She is a Nicaragua-born but currently, she resides in Miami, US. She holds American citizenship.

Regarding her education, she attended Carrollton School of the sacred heart, near Miami, BAchelorsFlorida. She did Bachelors in Arts from the University of Miami. Furthermore, she took a Juris doctor from ST. Thomas University Law School.

Further details on her family life, personal details haven’t been shared on media. Since, she, herself is very much active on social networking sites like Facebook, Twitter from which one can keep in touch with her updates.

Ana Navarro started her career from John McCain’s Hispanic Advisory Council. She has worked as a special advisor to Government of Nicaragua in the year 1997.

Along with this, she has enhanced her career, plotting it new and working as primary advocates for NACARA(Nicaraguan Adjustment and Central Relief Act). While in the year 2014 She was hired by ABC News. along with it, she has equally contributed into CNN and CNN Espanol.

She came to highlight when objection on Republican presidential Trump was made, for him making the degrading comments on women. And on November 7, she rather revealed that she had voted for the Democratic presidential nominee Hillary Clinton. She is a lifelong Republican but is anti-Trump so she has rather decided to vote Clinton.

Talking about the rumors and controversy, Ana has revealed that she hates Trump for using informal language for women in a tape for which she decided not to vote him. The reason is properly valid but she is also been criticized for it equally.