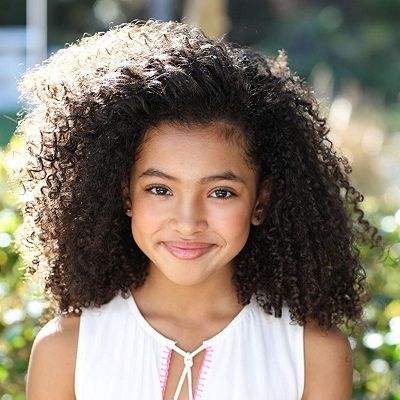 The rasing actress is very much focused on her career. Her Instagram posts suggest that she shares a very strong bond with her sister, Mirabelle Lee. They love to explore new things together.

Who is Anais Lee?

Anais Lee is an American actress. Lee is renowned as Young Natasha of the movie, The Sun Is Also a Star.

She is also a model and performer by profession.

Anais Lee was born Anais Marie Lee on the 9th of January 2007 in Philadelphia, Pennsylvania.

Her father is an English Engineer. Her mother is a cooperate lawyer by profession.

She was born one minute before her twin sister, Mirabelle Lee. Mirabelle is also an actress by profession.

Currently, she is studying in LA with her sister.

Lee started her journey as a model at the age of 3 as a print model. After that, she appeared in numerous advertisements promoting various brands.

In 2013, she debuted in the movies with the movie, Blood Ties which is an adaption of the french novel, Deux frères: flic & truand. In the movie, she played the character of Janie which she shared with her little twin sister.

After the movie, she appeared in many TV series in minor roles like Halo Bryce of Veep, Rose of The Following and Lily Humphrey of Madam Secretary.

After such TV series, she appeared in the movie, The Truth About Lies in 2018. In the romantic comedy movie, she was cast as a little girl and shared the screen with the actress like Odette Annable, Colleen Camp, and Mary Elizabeth Ellis.

Last, in 2019, she featured in The Sun Is Also a Star as the Young Natasha. Natasha is the lead of the movie who is the daughter of Samuel and Patricia. They are living illegally in the country.

Later, the character was played by the actress, Yara Shahidi. For the character, Yara was nominated for Teen Choice Award.

Apart from this, she also earns through commercials ads and performance too.

She is a black-eyed brunette. Her height is 4 feet and 9 inches.

All her social media sites are handled by her parents. She has 32k followers on Facebook and 403k on Instagram.

She also has a YouTube channel along with her twin sister which has 10.4k subscribers with 1 million views.