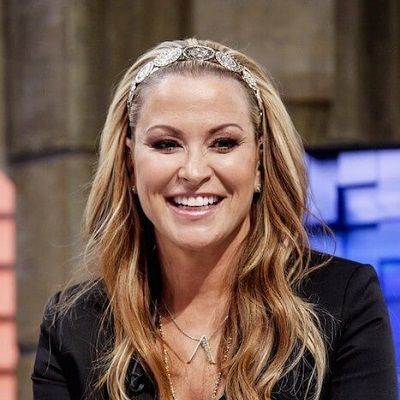 Once someone asked me three words that best describe me and I said 'Loud, Louder, and Loudest'!

I wear glasses, have a big scar, I sing loud, and I am blond. I'm sorry!

I'm a fighter by nature and nothing will ever change that.

What is the relationship of Anastacia Lyn Newkirk?

Anastacia Lyn Newkirk was a married woman. She married Wayne Newton on 21st April 2007 in Huatulco, Mexico. However, their marriage did not work out and they divorced in April 2010.

Wayne was her bodyguard. In 2001, she ended her seven-year relationship with Shawn Woods.

Previously, she lived in Los Angeles but moved to Florida in 2018.

Who is Anastacia Lyn Newkirk?

Anastacia Lyn Newkirk is an American singer-songwriter, producer and former dancer known for albums Not That Kind and Freak of Nature.

In 2019, she performed Left Outside Alone in Time of Our Lives.

Anastacia Lyn Newkirk was born on 17th September 1968 in Chicago, Illinois, USA. She is the daughter of a club singer late Robert Newkirk, father, and Broadway actress Diane Hurley, mother. She belongs to German-Irish descent.

After the death of her father, their family moved to New York City. Anastacia has a brother Brian Newkirk and a sister Shawna Newkirk.

She educated at the Professional Children’s School in Manhattan.

When she was thirteen years old, she was diagnosed with Crohn’s disease. Even though, her health problem she continued her hard work.

Similarly, she was diagnosed with breast cancer at 34 and at the age of 39 she had a supraventricular tachycardia heart condition.

In 2000, Anastacia released the album Not That Kind and Freak of Nature in 2001. She gave commercial hits like Paid My Dues, One Day In Your Life, Boom and others.

Some of her singles are:

In 1998, Anastacia appeared in The Cut as a contestant. After that, she appeared in All McBeal, I Love the ’80s, 2002 MLB All-Star Game, Michael Jackson & Friends: What More Can I Give, Domino Day, Divas II and many others.

Her other appearance on show includes The X-Factor Italy, EuroVoice Music Contest 2010, The X Factor, The Voice, Strictly Come Dancing, Dancing with the Stars, and others.

Anastacia has supported many charity shows like Life Ball 2006, Make a Difference and Challenge for the Children.

She was one of the fifteen artists to record their take on a Disney song on the CD Disneymania. In 2003, she took part in the charity event 46664 which was organized by Nelson Mandela.

She created The Anastacia Fund with Estee Lauder which helps raise awareness about breast cancer.

Anastacia has black eyes and blonde hair. She is 5 feet 3 inches tall and weighs around 57 kg.

She has a powerful Mezzo-Soprano voice.