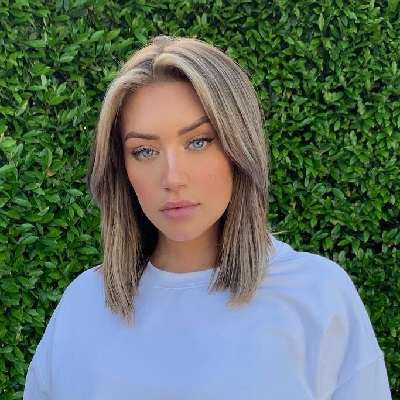 What is the relationship of Anastasia Karanikolaou?

The couple started dating each other back in 2019.

Previously, she was dating Sam Wilkinson.

The Ex-boyfriend, Sam is an Instagram influencer. They started dating in 2016. However, the couple broke up with each other one year later in 2017.

Who is Anastasia Karanikolaou?

American Anastasia Karanikolaou is an Instagram star and model.

Apart from that, she is also famous as the best friend of Kendall and Kylie Jenner.

Anastasia Karanikolaou was born on the 9th of June 1997 in California.

She is of Greek ancestry.

Her sister, Alexia Karanikolaou is also an Instagram influencer.

She has a huge number of fans and followers on Instagram. Turning back, she posted her very first picture on the app on the 19th of July 2012 which has managed 36.4k likes.

Later, she started uploading more pictures where she is having a good time with her friends including Kylie and Kendall.

Apart from that, she also posts her own picture which is itself adorable and also bold at the same time.

Such contends gripped the attention of many people. As the number of posts was increasing, she started gaining more and more followers.

She also has a self-titled YouTube channel. The channel was created on the 27th of October 2017.

Through the channel, she delivers content that is more related to style, traveling, fashion, and makeup. From the rest of the other channel who is based on a similar theme, her contents are different.

She is also a model by profession.

As a model, she has been associated with different brands and promotes them that include, including Revolve and Sa Vela Bikinis, INC.redible Cosmetics, Benefit Cosmetics US, and SugarBearHair.

She has an estimated net worth of $1.5 million.

Also, her earnings as an Instagram influencer are in the range of 5 digits figures with an engagement rate of 9.07%.

Anastasia and Kylie share a very strong friendship. In each hard time, they have each other back.

In 2019, she shared a glimpse of her trip where she was wearing a bubblegum pink bikini.

For the post, a person slammed her by saying that the person would delete the post as her private area skin is ripping.

Due to that, the photo is looking altered.

On the very post, Kylie replied by complimenting her friend’s beauty by saying beautiful inside and out.

To date, she has not been part of any sort of controversy that made news in the media.

She is a blue-eyed blonde. Her height is 5 feet and 7 inches and weighs around 60 kg.

Kanye West Confessed He has a Crush on Kylie Jenner’s Bestie, Anastasia!