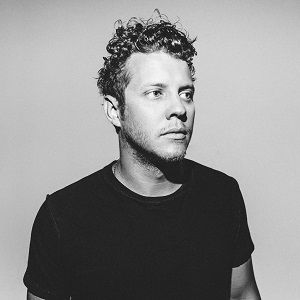 I love country music, but I also love gangster rap

We don't do lots of jamming on stage, but I think we have the attitude of exploring things and trying something new

I have the purest intent when it comes to love. But it doesn't always work out that way. That's the truth. But you know, it's still pretty fun when you're in the moment.

Who is Anderson East dating after splitting with his former partner?

Previously, he was engaged to his girlfriend, Miranda Lambert. Miranda is an American country music singer and songwriter.

Anderson and Miranda started dating in September 2015. But after two years of the relationship, the couple called it quits.

Who is Anderson East?

Anderson East is an American singer and songwriter. He is best known for his song ‘Satisfy Me’ and his major-label record debut, Delilah.

He was born on July 17, 1987, in Athens, Alabama, the U.S. His full name is Michael Cameron Anderson. The name of his mother and father are not revealed yet. As well as relationship to his siblings is also not revealed.

He grew up in a household where gospel music was favored and his grandfather was a Baptist preacher. When he was young, his father sang in the church choir whereas his mother played the piano in church.

His nationality is American and is of Caucasian ancestry.

After completing his schooling, he went to study in Murfreesboro, Tennessee at Middle Tennessee State University and graduated in music engineering. After then he moved to Nashville.

Talking about his career, Anderson East launched his first album named ‘Closing Credits For A Fire As Mike Anderson in 2009 with his band Deputies.

After some years, he changed his stage name to Anderson East and released an EO, Fire Demons.

He recorded his next album, ‘Closing Credits For A Fire In Los Angeles with producer Chris Seefried in 2012.

In July 2015, he launched his major-label debut album, Delilah on Elektra Records, and the song was produced by Dave Cobb.

He also co-wrote two songs ‘Getaway Driver’ and ‘Well Rested’ with Miranda Lambert for her 2016 album, The Weight of These Wings.

There was a rumor about Miranda Lambert and Anderson that the couple ties the knot around the holidays this year.

However, there are no controversies or criticisms lately.

Anderson East has a perfect height of 5 feet 10 inches.

His weight is unknown. His hair is Light Brown in color and his eye is Black.

Anderson is active in social media. He has around 69,870 followers on Facebook and more than 98.6K followers on Instagram.