Andi Dorfman is a determined woman. She likes to focus on her career and work hard on it. Although we see celebrities of her stature are involved in multiple affairs, she is just the opposite of that.

She was once engaged to Josh Murray, who was the co-contestant on the dating show. They were dating since 2014 and were engaged in May 2014. But unfortunately, on January 8, 2015, they called off their engagement.

Other than that, there are no other affairs or relations that she has been into which is known to the public. 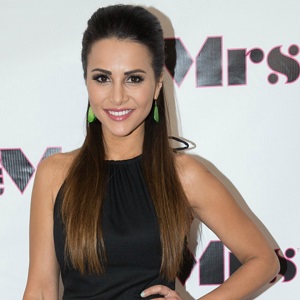 Who is Andi Dorfman?

Presently, she is popular among the audience and the media because of her appearance on “The Bachelor”. It is an American reality television dating game show. She appeared there as a contestant in the 18th season of the show.

Andi was born in the city of Atlanta in the state of Georgia. Born on April 3, 1987. Her nationality is American and her ethnicity is Caucasian.

As per her education, she attended Louisiana State University. In 2009, she graduated from there. Afterward, she joined Wake Forest University School of Law.

She graduated from there with a Juris Degree, which is considered the first degree in law.

She appeared in the 18th season of the dating game show, “The Bachelor”. Additionally, she starred in another show “The Bachelorette” in 2014. She couldn’t manage her time between her job and appear on TV. Consequently, she took a break from her job.

Thereafter, she has been appearing on shows. In 2017, she appeared on the Nick Viall’s season of “The Bachelor”.

As an author, she has written two books named, “It’s Not Okay: Turning Heartbreak into Happily Never After”, and “Single State of Mind”.

Andi was part of a media controversy when she accused her ex-fiancé of being an emotional abuser. As of now, there are no other rumors that surround her personal or professional life.

Andi Dorfman has a height of 5 ft 5 inches. Her body weighs 54 kg. She has Dark Brown hair and Light Brown eyes. Her body measurements are 36-25-35 inches.

Andi Dorfman is engaged! Who is the former Bachelorette fiance Blaine Hart?

Former Bachelorette Andi Dorfman and her boyfriend Blaine Hart are officially engaged; WORTH THE WAIT