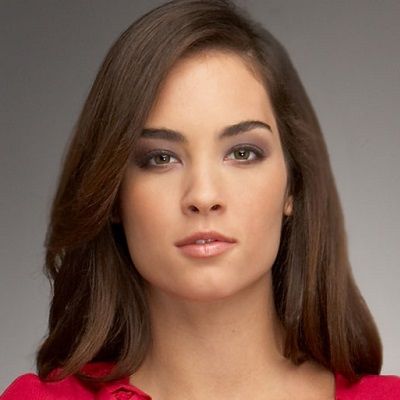 Andi Muise is married to Rob. On 15th September 2018, she married him. She shared the picture of their marriage with a long sweet caption.

She has a son with her husband. Andi posts pictures of her child on Instagram. On 23rd May 2017, she shared the picture of her newly born son.

Who is Andi Muise?

Andi Muise is a Canadian model. Andi has modeled for many top brands and magazines.

She was part of The Victoria’s Secret Fashion Show.

Amanda Elizabeth Janet “Andi” Muise was born on 12th January 1987 in North Bay, Ontario, Canada. She has not revealed her parents. She is the only child and does not have any siblings.

Andi was discovered when she was 14 years old in Barrie mall by Michele Miller who is an owner of the International Model Management agency.

She is of Irish, French and Native American ethnicity.

She has starred in commercials for the Playboy VIP for Him and Her fragrances. In the year 2005, she appeared in Victoria’s Secret 10th annual fashion show. She has walked the runway for them in 2006 and 2007.

In the year 2006, Fashion Television documented a day in her life. In the year 2010, Andi toured as an interviewer with The Black Eyed Peas through America for will.i.am’s own show Hangin’ Wit the DJ.

She wants to become a shoe and jewelry designer.

The estimated net worth of Andi is around $1 million. As a Canadian model, she has an average salary of $63,375.

Recently there was found widespread bullying ad harassment of employees and models in Victoria’s Secret. According to interviews of employees, it was found that two powerful men presided over an entrenched culture of misogyny, bullying, and harassment.

Andi was also one of the victims as she was stopped being hired for its fashion shows after she rebuffed one of the bullies.

Andi has brown eyes and brown hair. She is 5 feet 9.25 inches tall and weighs around 54 kg.

Andi has around 16.8k followers on Instagram. She is following accounts like Tank Sinatra, Alameda Turquesa, Annabelle Fleur, Rubina Dyan, Ashley Stark Kenner, and others.