Andra Fuller is an actor, producer, director. Andra is lowkey about his romantic affair. 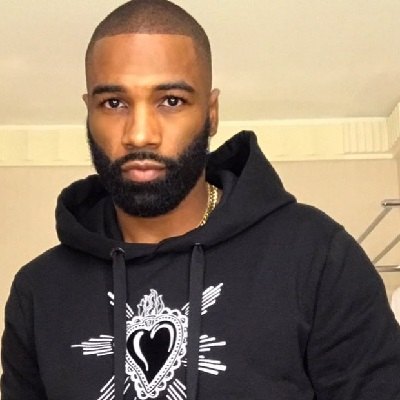 Andra Fuller is neither married nor dating. Currently, he is one of the eligible bachelors in the industry.

Being a secretive person, he has not shared any details about his previous dating history and girlfriend.

As of now, the actor is focused on his career.

Who is Andra Fuller?

American Andra Fuller is an actor, comedian, and producer. He is renowned as Kaldrick King of The L.A. Complex and Jerrell of True to the Game.

Last, in 2020, Fuller appeared in the TV series, The Haves and the Have Nots as Rodell.

Next, he will be featuring the movie, Life Without Hope.

Andra Fuller was born on the 29th of May 1979 in Houston, Texas. He is of British-French ethnicity.

Till the date, he has not shared any information about his mother, Ruby Jewel Fuller and father, Andra Davis.

He is the youngest among his two siblings that include a sister, Demetria, and a brother, Quincy. They were raised by their single mother.

He graduated from Baylor University in Waco, Texas. He joined the University with a football scholarship. During University days, he used to be President of Alpha Phi Alpha Fraternity.

Later, he earned a master’s degree with Honors in educational administration.

After graduating from University, Andra Fuller started his career as a comedian. Later, he started making his appearance in some commercials. Also, he was active in several national commercials too.

Moving forward, in 2006, he landed his debut role through the TV series Prison Break as Trey. Soon after that, he appeared in the TV series including Sex Ed, The Secret Life of the American Teenager, and Entourage in some minor roles.

However, in 2012, he earned fame as an actor when he featured the drama TV series, The L.A. Complex as Kaldrick King. After that, he featured the popular series likeRoomieloverfriends, Black Jesus, and Here We Go Again.

Apart from the TV series, he appeared in the movies like You Can’t Fight Christmas, Hip Hop Holiday, and True to the Game 2: Gena’s Story.

After a successful career as an actor, he has expanded his career as a producer. As a producer, he debuted through the TV series, Here We Go Again.

Later, in 2017, he produced movies like Dope Fiend and True to the Game. As of now, he is busy with the movie, Life Without Hope which is completed waiting to be released.

Apart from that, he is also active as a model too and appearance his appearance in the various music videos and posted for the magazines.

Besides that, he also makes through his modeling career too.

Till the date, he has not been through any sort of controversy that created a buzz in the media. Similarly, there are no rumors including him.

Andra Fuller has black eyes with black hair. He stands at a height of 6 feet and has a decent weight.

Talking about the appearance, he has a sharp look with a diamond-shaped facial structure. Also, he prefers to have short hair with facial hair.