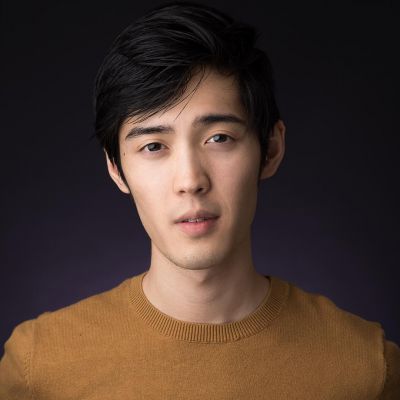 André Dae Kim is possibly single. He hasn’t yet introduced anyone as his girlfriend or lover in the media.

As of now, he is more focused on his career rather than being in a romantic relationship.

In further days, if he shared anything regarding his love life then we will definitely update it.

Who is André Dae Kim?

André Dae Kim is an actor and model from Canada.

He recently wrapped a role of Christian Ozers of the upcoming horror television series, Vampire Academy.

He is the only child of his parents. However, he hasn’t disclosed his parent’s identity in the media. Talking about his education, he went to Cawthra Park Secondary School.

For further studies, he enrolled at the University of Toronto Mississauga and later joined Sheridan College’s joint Theatre and drama studies program.

Further, he holds Canadian nationality and is of Korean descent.

Andre had done theatre since the age of 8 and made his professional acting debut through the teen drama television series, Degrassi: The Next Generation as Winston Chu in 2013. He played the character until 52 episodes.

He then reprises the role in the 2015 TV Movie, Degrassi: Don’t Look Back. That year, he also appeared in short, Dumb Luck where he portrayed the role of Bill.

Similarly, he made an appearance in several shorts such as Golden Boys (2016), CPR (2018), Whistleblower (2018), Doug Junior (2018), and more. He made his recent appearance in the crime drama television series, Coroner where he portrayed the role of Ben.

Moreover, some of his notable television series is,

Andre hasn’t won any awards to date. However, he has been two -times nominated for Joey Awards in 2017 and the Young Entertainer Award in 2018.

Andre has managed to maintain a clean profile to date. He hasn’t been part of any sorts of rumors and controversy that create a huge buzz in the media.

Andre has earned a decent amount of wealth from his acting profession. He is living a lavish lifestyle.

However, he hasn’t yet disclosed his precise net worth, salary, and other earnings in the media.

Andre has a lean body physique with a towering height. He stands at the height of 5 feet 8 inches tall. Likewise, he has a black pair of eyes and black hair color.

Similarly, he has nearly 193 followers on his Facebook account. He is also active on Snapchat under the username @AndreDaeKim.