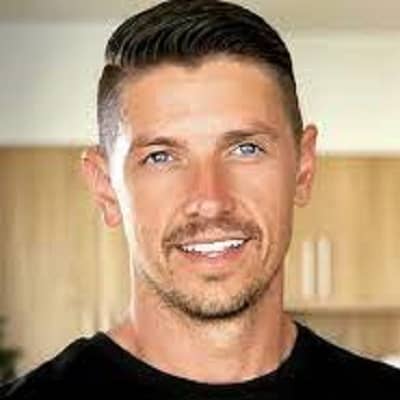 What is the relationship of Andre Lemmers?

Lima shared the news that she was having her third kid and her first child with partner Andre on February 18, 2022, through TikTok. She uploaded an ultrasound video and announced that the baby was expected in the fall of 2022.

Who is Andre Lemmers?

Andre Lemmers is an American media TV personality, producer, and CEO of Milu Entertainment. Also, he is well known for being in a relationship with Adriana Lima, the Brazilian model.

Andre was born on June 22, 1981, in Los Angeles, Unites States of America. In terms of nationality, he identifies as an American. As of 2022, his age is 41 years old. Currently, he resides in Santa Monica, US.

Andre seems to be very low-key regarding his personal life, as she has not shared any information regarding his family members, parents, or siblings.

Lemmers is an American media personality, producer, and CEO of Milu Entertainment. Also, he works as a partner at Hollywood Gang Productions where he produces both TV and movie content.

Immortals, 300:Rise of an Empire, and the upcoming television series The German Girl are some of the movies and shows with his company’s name connected.

Who is his girlfriend Adriana Lima?

Also, she is known for her Super Bowl and Kia Motors ads, as well as for her role as a Maybelline cosmetics spokesmodel since 2003. Models.com lists Lima as one of the New Supers.

She has held the title of the second highest-paid model in the world since 2014. In September 1998, Marie Claire Brazil placed her on its cover.

Her first Vogue covers were in the 20th-anniversary issues of the Italian Vogue Giolello in September 2020 and the Brazilian Vogue the same month.

Lemmers has accumulated a wealthy sum of money from his career. He has earned a net worth of $1 million – $3 million, whereas his exact salary, earnings, and income are still under review.

Throughout his career, Andre has never been a part of controversial news. He has maintained a healthy distance between his professional and personal life.

Lemmers stands tall at a height of 6 feet and weighs approx 75kgs.

Moreover, he has handsome looks with a pair of blue eyes and black hair.

Adriana Lima reveals the sex of unborn Baby No. 3 with boyfriend Andre Lemmers